From the borough which boasts the highest per capita of artists in the world, 1,851 Brooklyn artists will be opening their studios for

From the borough which boasts the highest per capita of artists in the world, 1,851 Brooklyn artists will be opening their studios for GOBrooklynArt.org hosted by the Brooklyn Museum. The event takes place on the first weekend in September, the 8th and 9th, from 11 a.m. to 7 p.m.

If you register as a visitor to the event you will be able to vote on the artists that most impressed and moved you, which in turn will make them eligible for inclusion in a group show at the Brooklyn Museum.

Photographer, Sophia Wallace, whose work has been featured on our pages in the past will be one of the many talented artists whose studio will be open to the public. She will be showing new work from the last nine months, including text based work created during her residency for Art & Law.

Sophia will also be raffling off screen prints to registered vistors to her studio. To find Sophia’s studio in the Sunset park neighborhood of Brooklyn follow this link. To find other artists check out the neighborhood map.

In a city full of talent, at times it can feel like being “discovered” is like finding a needle in a haystack. So we hope to make that process a little easier, if you are a queer artist participating in GOBrooklynArt.org—contact us.

Sexism and Conservatism at Yale 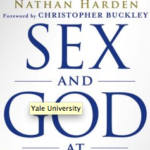 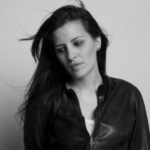