Emily Roysdon’s A Gay Bar Called Everywhere (With Costumes and No Practice) was a limited engagement performance at The Kitchen on May 6 and 7 of 2011. With this new work, Roysdon drew inspiration from The Kitchen’s legacy of performance art, which has been consistently experimental and supportive of emerging artists since 1971.

A Gay Bar Called Everywhere… is a performance event directed and designed by Roysdon. As a whole, the performance references performance art itself, queer culture, feminist intellectuals—all in what Roysdon has termed an “undisciplined, interdisciplinary run at herstory.” It’s clear that Roysdon revels in the collaborative moment, the trajectory between structure and spontaneity.

The show began with Tara Mateik reading a brief, “borrowed” text from the Declaration of Sentiments, presented at the 1848 Seneca Falls Convention by Elizabeth Cady Stanton. Perhaps in reference to first, second and third waves of feminism, the second performer was Barbara Hammer reading Claude Cahun texts from her film Lover/Other.

Hammer’s non-documentary work shows how the fragmentation of filmic process mirrors/reflects/refracts the experiences of fragmented existence. Roysdon’s play was also steeped in a cut-up feel, one of vignetes paired together in a state of transparency with the viewer. When I asked Hammer about this comparison, Hammer responded: “We both give up the sense of pretense or illusion in our work and prefer to show the scraps, the process and celebrate the spontaneity of art making.”

Grace Moon and I sat down for an interactive review of the show, where we talk about the performance, art and activism. What follows is our wildly well-mannered dialogue about A Gay Bar Called Everywhere…

Moon: So, what did you think?

Patricia: It was like a self-generating hotbed of ideas. It wasn’t meant to be linear narrative, and I love that in general. But let’s get to the point of this. Can you imagine Susan Sontag at a gay bar?

Moon: You need to explain the whole Sontag inspiration.

Patricia: As per the program notes: “A Gay Bar… began with [Roysdon] imagining all of Susan Sontag’s life and work taking place in a gay bar. She never leaves the table. People come and go. Styles, decades.” And that led Roysdon to loose formulations about performance.

Moon: The Sontag theme seems loosely connected to me. As if each act was an ‘essay’ about life or an idea. But the image of Sontag hanging out with a bunch of queers? She was so closeted. Maybe this was Roysdon’s imagined queer life of Sontag, hanging out at Rawhide?

Patricia: I can so cast Susan Sontag in an upscale bohemian bistro, outmanning male intellectuals with her quick wit and charm, but I can’t imagine her listening to Disco. Publicly.

Patricia: Imagining the unimaginable—I think you tapped into the big theme of Roysdon’s work in general. One of my favourite moments in the performance was K8 Hardy, on her tippy-toes mouthing “…do something useful” while lip synching Sinead O’Connor’s Drink Before The War.

K8 Hardy during Drink Before The War. Photograph by Paula Court

Moon: Me too. Sinead’s music brings me back to my nascent lesbianism…

Patricia: That moment just swelled with relevance and poise, with O’Connor’s voice lunging forward at the audience.

Moon: I liked that she dressed like a 70s swinger key-swapping housewife.

Patricia: But it wasn’t funny. It was strong. The funniest part of the show for me was the scathing tone of Vallie Export’s voice. MPA dressed like Vallie Export and commanded “Give her the change!” when a thirsty genderqueer  [Celeste Dupuy-Spencer] couldn’t get change back from the gay bartender in the Rawhide performance.

Perhaps that was a hint at the sometime mysogeny of gay men towards female masculinity? Or was it a classist statement, maybe “second tier masculinity1” wasn’t flash enough, rich enough for Rawhide? I don’t know, really. I can’t imagine going into a gay bar, overpaying for a drink and not getting change back from a snobby homo. I mean, really?

Moments like that made me wonder if it was biographic. It was a concealed gesture, which makes me think about blending art and activism. It should be foremost about clarity.

Jibz Cameron during We Are Dorothys. Photograph by Paula Court

Moon: I think my favorite segment was Jibz Cameron (Dynasty Handbag) and Sacha Yanow doing We Are The Dorothys. Dorothy Arzner was the first out lesbian Hollywood director and inventor of the boom mic, who knew?

Patricia: Oh yes! But let me go back to the beginning, what about the naked woman holding a sign with the following words: “Patriarchy is a pyramid scheme”. Very ’70s, but still relevant.

Moon:  I liked the overall feeling that it was a queer art pot-luck party. Not the sexiest way to describe it, but it was like everyone came to the party with some surprise dish. JD Samson made out the whole night with a stuffed doll of feminist academic Ann Cvetkovich. There was someone who bled from their mouth onto their shirt, while reading at the back of the stage, the entire time. Also, hats off to Dean Daderko and Neal Medlyn for getting into the buff, very ballsy (pun intended).

As far as I remember the only piece that dealt with race was Charles Ray Long’s Make Me Feel. Unless you count Nao Bustamante’s Disco Dom recitation of Ego Tripping.

Patricia: The choreography by Vanessa Anspaugh and Aretha Akoi, in which they performed hand movements simultaneously, ending up shadowboxing and grappling‚ that was very cool. So much tension. Tapping into the symetry of sameness that was reflected in the set design: squares, cubes.

Moon: Wasn’t it great to have Barbara Hammer in that mix, and how did you feel about the ending?

Patricia: As always, Hammer is an incredible speaker and charismatic performer. So much presence. The performance ended with most performers dancing on stage, the audience was invited to join. What did you think of the audience interaction?

Moon: I was actually expecting a bit more audience participation, I’m glad it was voluntary though. When a performance is such a spectacle like that, its hard for me to get up and start dancing and interacting. I prefer to blend into the seat.

Patricia: Since this cast of performers is composed of artists involved with activism, what do you think of the performance when viewed through that lens?

Thank you Dupuy-Spencer, for elucidating on the context of the skit. (May 14 2011) 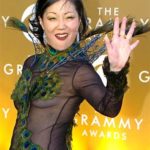 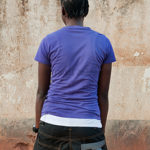