You know how gays are fighting tooth and nail for marriage, well, its reading stories like this that makes me question the whole thing.

You know how gays are fighting tooth and nail for marriage, well, its reading stories like this that makes me question the whole thing. I get we are fighting for the “right” for hetero-normativity on the basis of civil rights, but our arguments are based on the fallacy of living happily ever after.

Relationships and love are way more complex than the “sickness and in health” promise. The bottom line is that sometimes people who’ve been in love (and may still love each other) just grow apart…

Al and Tipper Gore are calling it quits after forty years of marriage. From the AP:

On Tuesday, the pair announced that they had decided to pursue those lives apart from each other.

“After a great deal of thought and discussion, we have decided to separate,” the Gores wrote in an e-mail to friends. “This is very much a mutual and mutually supportive decision that we have made together.”

Al Gore once claimed their relationship inspired the novel “Love Story,” and the couple shared an uncomfortably long kiss before millions on the stage of the Democratic National Convention.

The Gores, however, told friends they “grew apart” after four decades of marriage and there was no affair involved, according to two longtime close associates and family friends.

The couple had begun to pursue separate lives, with the 62-year-old former vice president and Nobel Peace Prize laureate on the road frequently, said the associates, who spoke on condition of anonymity because they were not authorized to speak on the couple’s behalf.

“Their lives had gotten more and more separated,” one of the friends said.

The couple, who own homes in Nashville and Gore’s hometown of Carthage, Tenn., had reportedly purchased an $8.8 million estate in Montecito, Calif., this spring.

Married on May 19, 1970, at the National Cathedral in Washington, the Gores presented an image of a happy couple during his eight-year stint as vice president in the 1990s and a presidential candidate in 2000.

Their warm relationship stood in sharp contrast to the Clinton marriage rocked by Bill Clinton’s affair with White House intern Monica Lewinsky, a scandal that hung over Gore’s own presidential campaign.

I went to a couples councilor years ago who saw me and my ex through the ending of our six year relationship. She said, “All you can ask for [during this process] is that you have tenderness towards each other.” 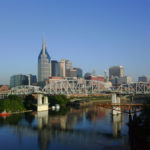