Home » Alix Olson, The Second Coming of the Protagonist

Alix Olson has been at it for over a decade. I first saw Olson perform during the opening ceremonies at MichFest, circa 2003.

Alix Olson has been at it for over a decade. I first saw Olson perform during the opening ceremonies at MichFest, circa 2003. Maybe it was the poetry, maybe it was the solidarity of the Amazon womyn, maybe it was the beer, but her “Women Before Me” gave me chills. I had a very poor women studies education and so Olson’s poem was a crash course, sorta like dining at Judy’s Dinner table and reading the place settings. A light goes on.

Through the aughts Olson had been one of the darlings of the spoken word circuit. Criss-crossing the country with other queers-with-guitars,faux-hawked and pierced, trucker-hatted DIY dykes who brought 3rd-wave-queer feminism into little dive-bars, in arm-pit towns, or rainbow coalitions on college campuses. Proud radical feminists who inspired a generation.

Things have changed in queer-culture quite a bit since then. Young queers have found new avenues of expression and new opportunities to organize within larger movements (like #Occupy.) Our politics are no longer ghettoized but a part of the national conversation as we’ve become more fully embraced by the mainstream. We may be possibly on the brink of an historic civil rights turning point. Our movement matures.

I bumped into Alix at a mutual friends gay wedding two summers ago. I hadn’t seen her perform in several years. She had stepped off the circuit and was working on a PhD in Political Theory. We talked about, what our generation still needed to talk about; after coming out and acceptance, what’s next? What is our queer culture all about now? Our conversation had no conclusion.

This morning I came across Alix’s new kickstarter campaign for a new recording of spoken word, Protagonist. If there’s one thing that hasn’t changed its the grass-roots effort that any queer with an idea must peruse. There are still no PACs that will through money behind us nor the fabled independatly wealthy patron waiting to bestow a boon. No, we all just still have each other and the strength of our community’s good tidings, inspirational ideas and endurance.

Lets help this sister out, see her project to frutition. We still need out voices out there, speaking our truth to power. 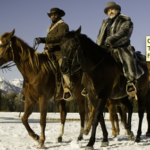