“Anita’s Last Cha Cha” is a feature length film in progress by writer/director Sigrid Bernardo. The film follows a twelve-year-old, Anita, who falls in love with the new woman in her small home town. This girlhood crush blossoms during a yearly traditional fertility dance that takes place in Obando, Bulacan, Philippines. Through “Anita’s Last Cha Cha”, Bernarndo exploraes sexuality, gender, religion, and morality in the complex, globalized culture of the Philippines.

Sigrid Bernardo graduated from the University of the Philippines in Theater Arts Performance in 2001, and then trained at the CCP (Cultural Center of the Philippines) in 2004–’05. As well as acting in theater, Sigrid has written, directed, and produced several short films.

By donating $20 dollars, this is approximately 800 pesos—one dollar goes a long way in the Philippines (1 USD=41 PHP)! So be a big time donor and help the queer creative women of color from across the globe. Go to their indiegogo campagin HERE.

Yes, Michelle, the Truth is Leading to Painful Confrontations 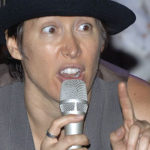 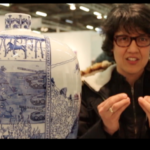