If Goddess Sarasawti descended from her celestial loka she would and perhaps may have assumed the form of Anushka Shankar.

If Goddess Sarasawti descended from her celestial loka she would and perhaps may have assumed the form of Anushka Shankar. The virtuoso sitarist and composer is the daughter of legendary master of sitar Ravi Shankar, and half-sister to Grammy winner Norah Jones. Not only is music in the blood so is the mantal of cultural ambassador, inherited from her father who introduced Classical Indian music to the West. Anushka has just released her latest LP, “Traces of You” and began a short US tour.

Performing last week at World Music Institute‘s Masters of Indian Music series at NYU’s Skirball Center Shankar performed with her five piece ensemble made up of traditional Western and Indian instruments as well as a 21st Century instrument that sounds like bells tolling from a medieval monastery. In fact its this seamless amalgam of cultural styles, instruments and time periods that makes Shankar and her music so, well, just flat out mesmerizing. “Traces of You” follows her previous recording “Traveler” which was an exploration of the Indian roots found in Flamenco music.

For the most part Shakar’s latest compositions are contemporary interpretations of traditional Indian ragas. Ragas are composed for time of day or season of the year and are meant to convey a mood; delight, longing and even anger, such as “In Joyti’s Name” written by Shankar for the victim of the gang rape on a Delhi bus last year. “Traces of You” was written during the time of her father’s passing and feature her sister on several tracks, it is without a doubt a tribute to the late master and a testament to his legacy.

‘Cheek To Cheek’: Jammin’ with the One 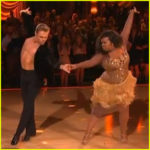