Before this year’s Armory show 2013 the organizers convened a

Before this year’s Armory show 2013 the organizers convened a focus group to figure out a way to boost attendance, interest, coolness, and bring some organization to the slumping chaotic behemoth of a New York art fair. The Armory has recently been challenged by Frieze as the better New York fair, which follows it in early May.

The focus group was a part of an art project by Liz Magic Lazer, commissioned by the Armoy, and made up of curators, museum professionals, art critics and and so on. And in an effort to become more transparent (one of the new focus group initiatives) the group posted their debate online. You could say this is the Armory’s meta moment. Lazer’s focus group video is in line with a body of work she has been working on dealing with the relationship between the news media and the public.

Perhaps there wasn’t an a + b = “a better art show” equation exactly but whatever it was the organizers ended up doing brought a much brighter, lighter, and spring in the step of this show. As Megan kept repeating over and over while we walked the aisles “this is so much better than years past.”

Here is our annual video visit, in which we chatted with the folks from Invisible-Exports, Churner and Churner, Leo Koenig and more. 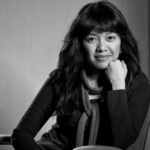 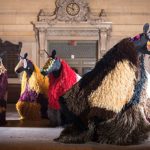