Ratings for Chicago Code, the new series, with Jennifer Beals seems to be Okay. Anyone watching?

Ratings for Chicago Code, the new series, with Jennifer Beals seems to be Okay. Anyone watching? After rumors that Beals tried to turn her character into a rug muncher, sadly, writers have decided to keep her asexual until the end of the season where she hooks up with a dude. Lets hope for more lez or at least bi-curious action from our gay for pay lesbian icon.

Beals was recently interviewed by New York Magazine about her new and old roles:

What’s it like to be home?
Sometimes I feel like I’m in that movie Inception, where I’m in different layers of reality and I feel like I keep cycling back to things have happened to me in the past but with a new awareness. I’m seeing neighborhoods that I’ve never visited before. In some ways it’s like when I lived in New York and I never went above 14th Street for the longest time. In Chicago, you’re in your neighborhood and most of the time you don’t have to leave it.

Would you say your L Word character, Bette Porter, a West Hollywood power lesbian, was a good primer for you to play Teresa Colvin?
They’re both devoted to justice, for one. Bette helped to give me a foundation for my character, in that she was very driven and righteous and dedicated to a cause. For Bette it’s a more abstract thing: It’s art. But for Teresa, it’s very immediate. It’s people’s lives. It’s humanity. It’s the soul of the city.

Teresa doesn’t appear to have a romantic life. Does she share anything else in common with Bette?
I get a little something going on at the very end. Oh, and it’s with a guy.

L Word fans will be heartbroken, you know.
[Laughs.] I think Teresa would be lucky if she has a friend.

What’s it like to transition from being on an all-female set — clad in the finest threads — to being surrounded by testosterone in gritty Chicago?
Gone from the wardrobe of L.A. and on to polyester. Teresa has some decent suits, though. There were times on The L Word I longed to be around testosterone, or needed to have more of a balance. I loved being with all the women and I loved the way people processed things so much — and there was a lot of talking going on. About everything. At first I got really frustrated because I was like, “Let’s just do it, let’s stop talking about it.” But I started understanding the value of it. But when you’re the superintendent of the Chicago Police Department, it’s a very testosterone arena, and you have to be able to not only hold your own, but dictate to other people, and that’s been fun. And I grew up with brothers. What can be taxing is you’re holding so much in. At the end of the day, it can be a bit exhausting. Even pretending that for sixteen hours can be exhausting.

Read the full interview on nymag.com

The Grammys, What Was Your Take? 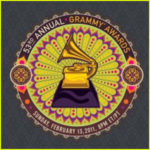