Ana Mendieta’s story is one in which her tragically short life is constantly revisited through works created during a prolific 13 year career.

Ana Mendieta’s story is one in which her tragically short life is constantly revisited through works created during a prolific 13 year career. Frankly, her work isn’t resurrected enough, although Galerie Lelong has shown Mendieta’s work twice in the last two years. When liberated from temporary burials of acid-free storage, her ideas communicate a vivid innovation that can’t yet be easily categorized.

Evolving from two distinct movements from the 1960s — earth art and body art — Mendieta synthesized her influences with considerable measure and genuine expression, forming what she termed a “dialogue between the landscape and the female body’s return to the maternal source.” Mendieta developed her “earth body works” out of a complex emotional landscape rooted in political exile.

Ana Mendieta entered the United States from Cuba at the age of 12 in 1961, through Operation Pedro Pan, a program created by the Catholic Welfare Bureau of Miami in 1960. Operation Pedro Pan was developed in response to Cuban parents seeking to distance their children from Marxist-Leninist directives in Cuba. By 1961, the U.S. Department of State waived visa requirements for unaccompanied minors on commercial flights to Miami, enabling Cuban parents to send their children directly to foster centers in Miami.

Relocated to foster care in Iowa, this is how Ana Mendieta left Havana, under the aid of the United States Catholic Church. I’ve always been fascinated by Early Christianity’s methodology for absorbing pagan imagery and rites, which contributed to Christianity’s rapid expansion. After all, it is easier to convert large groups by fusing existing imagery into a greater canon. But Catholicism’s emphasis on the physical body (salvation through suffering) differs from pagan/earth-based notions of invoking transformation through physical performance. Mendieta intentionally appropriates Catholic form with the performative spiritual language of Afro-Cuban, Amerindian and Mesoamerican rites.

Mendieta’s most well-known works, the Silueta Series, began in Mexico with Mendieta covering her own body, in situ. Over time, silhouettes represented the human figure, shaped from earth mounds of natural materials: mud, twigs, flowers, rocks. A singular form conjuring acts of purification and transgression between birth and burial. In outlining the body from head to toe, curving at the arms, Mendieta shaped an ancient fertility symbol: the almond shape. Known in Italian as mandorla; in sanskrit as yoni; it is the shape of the eye cavity, of ovary glands, of entry into the human birth canal. Piously interpreted as a gateway to heaven, Christian artists have utilized this shape to frame the figures of saints, the Virgin, Christ, and sometimes even God.

Although I perceive Gothic rib vaulting as an expression of the mandorla, I wonder how an architect would respond to that association. As a practice, architecture attempts to merge with natural landscape by a constant erection of imposing structures made with materials that won’t live in the earth, but on it. Mendieta formed her silhouettes above and beneath the earth’s horizon line. At times her silhouettes were mounds; sometimes they were hollowed space. Within this practice, Mendieta worked directly with the geography of female anatomy.

“The turning point in art was in 1972, when I realized that my paintings were not real enough for what I want the image to convey and by real I mean I wanted my images to have power, to be magic.” — Ana Mendieta

While working with her body as a vehicle for personal and social commentary, Mendieta deposited the body into the earth, igniting bonds between a historical past and the present moment. At times, she dug a human form into the land, which she filled with fabric that burned to ash, leaving poetic imprints of the figure as vessel for purification. A return to earthly submersion that isn’t about a finality of the mortal passage, but of temporary protection and adaptation. If adaptation and protection are the mantras of social progress, Mendieta’s work speaks to the role of exile and biculturalism in forming identity: transcultural dynamics requiring space and understanding within the confinement of artificial political and social quotas. During her lifetime, Mendieta expressed her own identity as a post-hyphenated blend of plurals, overtly rejecting definitions by any single label.

With Blood Tracks, Mendieta mixed animal blood with red paint, dipped her palms into the colour and slid her hands, arms and body down the wall. Aside from referencing fertility, she explored the power of ritual and symbolism of blood in Roman Catholicism and pre-Hispanic civilizations of Mesoamerica. “I started using blood—I guess because I think it’s a very powerful, magical thing. I don’t see it as a negative force.” Cleansing and exorcist properties of fire appear throughout her pieces, referencing sacrificial rites of Afro-Cuban spirituality. Fire symbolizes renewal, as does blood, and like a tireless phoenix, Mendieta invented ways to commune with body-landscape by embalming her own needs and experiences in ancient rituals.

As experimental as she was with her concepts, Mendieta was very direct about social issues. One of her most intense performance-based narratives is a reference to a campus rape-murder at Iowa university, where she studied. Reenacting details of the crime, Mendieta photographed herself in the manner that a detective would have found the body: naked, bloody, discarded in the woods. Mendieta frames the non-metaphorical subject very differently: the female form is viewed on the earth not in whole form, but fragmented, marked, hidden and distant.

Preferring the ever changing, the transient, Mendieta’s legacy of profoundly biographical work is as relevant today as ever. An emerging artist who died without formal gallery representation, themes in her corpus of work precede significant struggles within contemporary society: identity, transculturalism, gender, spirituality, exile, environmentalism. I find it impossible to read about her life without noticing the pain of feeling erased from one’s roots upon immigration/exile—this was at the core of her redefinition of identity. Returning to Cuba in the 1980s, Mendieta created works that united her being with physical sites that meant so much more to her than a childhood zip code: soil as ancestral conduit.

While applying the body to communicate female experience, Mendieta expanded on that. She transformed what separated her (land/distance) into a common denominator: land as the great unifier, a symbol of human unity. By juxtaposing the immediacy of human gesture with an eternal and expansive Nature, Mendieta filled the earth not just with her body, but with layers of psychic energy. Her need to commune with the universe on a very personal level stemmed from a sense of loss and displacement, from which she developed a uniquely ceremonial language of essentialism. Meticulous and candid, Mendieta introduces to Western Art a de-eroticized female figure intent on restoring organic and sacral power to the earth as a presence of inherent spirituality.

Ana Mendieta: Documentation and Artwork, 1972-1985 will be exhibited until December 11, 2010 at Galerie Lelong, 528 West 26th Street, New York NY. For specific information about the life and work of Ana Mendieta, I highly recommend the books and catalogues on Mendieta authored by Olga Viso. 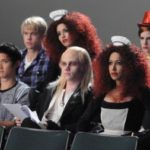