Home » Boob Tube: You Got Text in My Subtext!

Gretchen was back on Heroes this week would-be-canoodling with our girl Claire, and I’m having trouble processing my feelings about it.

Gretchen was back on Heroes this week would-be-canoodling with our girl Claire, and I’m having trouble processing my feelings about it. So let’s get all lesbian and talk about this shit.

First off, if you missed the episode, and let’s face it, you surely did (because no sensible person watches this show anymore, just me), it centered largely around sociopathic villain Sylar forcing ex-cheerleader Claire to process his feelings with him, through a combination of bullying, trickery and ooky, rapey Sleeping-Beauty-esque forced kissage while she was paralyzed. Considering that he recently killed her father and not so long ago CUT HER SKULL OPEN to steal her superpower, the creepy, stalky rape symbolism was large and in charge in this scene. But I digress. 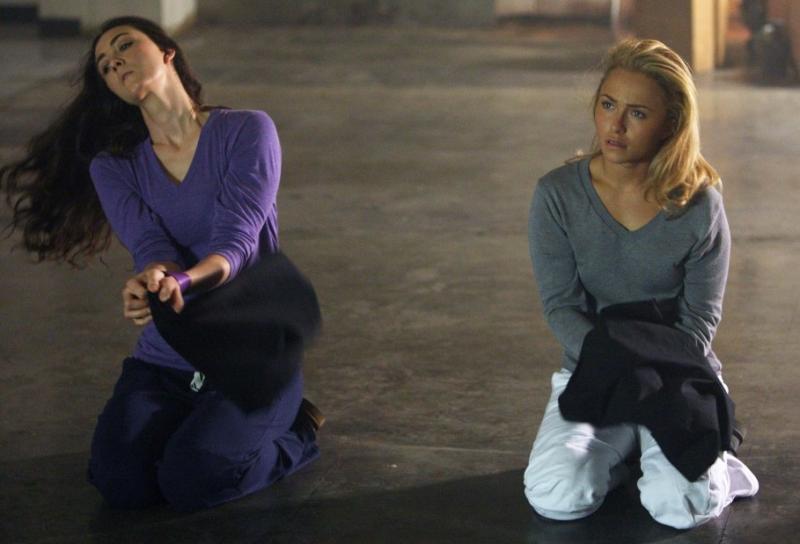 So they do the rapey processing thing. Not only does Sylar succeed in figuring out what he needs to do for himself, but Claire unexpetedly gets hers out of the deal (ew), too: he forces her to realize she’s been shutting out Gretchen’s offer of closer intimacy because indestructo-girl is “afraid of getting hurt.” Sylar also blabs endlessly about the lesbian subtext that saturates Claire and Gretchen’s friendship (even their dorm room) in a highly texty manner. This was simultaneously spine tingly in a stoking-the-fires-of-geekiness kinda way and also just really, really annoying.

Okay. We get it, Heroes writers! You’ve been trotting out the subtexty lesbian goodness every three or four episodes like clockwork, adding a much-needed veneer of “Ooh! SHINY” to your craptastic show. I am still in awe of how savvy and fun your Halloween episode was in the subtext detpartment, but at this point, overtly calling attention to your subtext if you’re not planning on going anywhere with it is just tacky. And, c’mon now. Let’s be honest. You’re not going anywhere with it. The big pay off at the end of Claire’s first bout ever of lesbian processing (with a dude)? She’s finally ready to hold hands with Gretchen. HAND HOLDING?! REALLY?! Sylar… seriously, SYLAR gets to kiss Claire all rapetastically in this episode, and Gretchen gets to shyly hold hands. *headdesk*

Nothing would delight me more than this show making me eat my own words and launching Claire and Gretchen into Girlfriendlandia, but at this point, I’m not holding my breath. Gaga help me, I will still watch next week since Gretchen is slated to appear again. But I’m on to you, Heroes!

Calzone Lite: So it’s starting to get to be almost a (drinking) game the way Callie and Arizona keep getting interrupted mid-hot and heavy make-out session on Grey’s Anatomy each week. Last week? Little Grey barged in on their shower sexiness. This week? Arizona notices mid-tonsil hockey match that Callie has a fever and the chicken pox. You heard me right, Boob Tubers. POXY WENCH LESBIANS! Yeah. They went there. What’s next? Arizona is finally about to bang Callie on screen and they’re interrupted by… ALIENS!!! Your turn. How else could they be lesboner cock-blocked? Whoever comes up with the most inventive and entertaining variation in the comments will win a personalized “frustrated lesbian” haiku. Happy New Year. Enjoy those party poppers, ‘cuz NO BANG BANG for you in 2010!

Saturday! Thora Birch and Nancy Travis (So I Married an Axe Murderer) star in the Lifetime movie, The Pregnancy Pact, based on the true story of a group of teenage girls who make a secret pact to all get knocked up at the same time, (Lifetime, 9 p.m.). The stars shine and funny lady Betty White receives the Life Ahievement Award at the Screen Actors Guild Awards, (TNT & TBS, 8 p.m.).

Monday! Eat your heart out Bernie Madoff! The season premiere of Damages finds Patty working to bring down a fraudulent financier, (FX, 10 p.m.).

Tuesday! The auditions train hits big hair sky country as American Idol stops in Dallas, (Fox, 8 p.m.). Ted regrets getting his no-good brother a job at Veridian on an all new Better Off Ted, (ABC, 8:30 p.m.). Can’t remember what the heck happened last season on Lost? Catch a re-airing of last season’s finale before the show returns next week to confuse the crap out of us some more, (ABC, 9 p.m.). The post-apocalyptic goodness continues as the experts ponder the future of the earth’s food supply on Life After People, (History, 10 p.m.). Captain Kirk sits down for a heart-to-heart with Guinan when Whoopi Goldberg appears on Shatner’s Raw Nerve, (Bio, 10 p.m.).

Wednesday! Minnie Driver guests as an old friend of Claire’s about to wear out her reunion-y welcome on Modern Family, (ABC, 9 p.m.). First “amazeballs” and now a drag showdown between Willie and a drag queen version of herself? Ru Paul guests in a dragalicious episode of Ugly Betty, (ABC, 9 p.m.).

Thursday! The season premiere of Randy Jackson Presents: Amerca’s Best Dance Crew busts a move, (MTV, 9 p.m.). The claws come out on the catwalk as the contestants participate in their first team challenge on Project Runway, (Lifetime, 10 p.m.).

Friday! Amanda makes a big PR boo-boo following a memorial for the train-bombing victims in the first all new, post-pilot episode of Caprica, (Syfy, 9 p.m.). 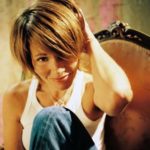 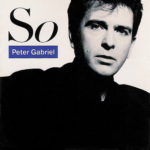 They Write the Songs…