I was still luxuriating in post-yoga endorphins when my painter friend told me he needed to take a break.

I was still luxuriating in post-yoga endorphins when my painter friend told me he needed to take a break. As we walked up Second Avenue, he casually pointed left, suggesting we stop in at this bar because “there’s a really great gallery in here.” We had just seen Gerard Richter at the Drawing Center, why was he dragging me into this bar? Oh right, he needed a bathroom and a beverage. So, while he was busy getting wet paint on his fingers from a freshly coated bathroom door, I walked down the corridor, to the back of the bar. Someone was kneeling, wiping the glass door, but I smiled and poked my head in the gallery, asking if I could come in. The tall, neatly groomed man sitting behind the gallery desk was surprised, but polite and welcoming. “Sure, come on in. Pardon our appearance, we’re still getting ready.”

The space was white and clean, framed works already installed, but I promised to be brief and prepared to take a cursory glance at the black and white photographs. Brevity has everything to do this work, but my glance turned quite away from brief. These were traditional silver gelatin prints, made from 35mm negatives. Later, I learn they are printed on Kodak Ektalure (Ektalure!). And very contemporary. States of mind and layers of dress confirmed that. Yet, the work is completely timeless, free from technological identifiers. Exuding a freshness of attention that plays well with a disciplined vision, photographs are shown in pairs for this show. iO Tillett Wright, the photographer, played with how certain images simply attract each other. She “equates this attraction to a sexual act…to produce a fictional offspring, a new story.” Paired presentation creates a solid sense of narrative, highlighting the sensibility of someone who sees comfortably in frames, but is acutely aware of the musicality between them.

Self-taught and supremely well-coiffed for her first solo show in New York, iO Tillett Wright, unravels the energy of her contemporaries, out and about in a culture teeming with expressive self-construct. Wright has a compassionate eye for vulnerable moments of private longing that emerge in public situations. These moments vanish with the same unpredictable sway that sparked them, but Tillett Wright has an uncanny instinct for emotionally fleeting pauses that inform beyond what is cultivated as persona. Her portraits reveal a sophisticated generation embodying authenticity in an era where all things social are networked, and most images are mediated by profit. Candid and far from pre-meditated, the photographs speak through an immediacy other than Twitter. Tillett Wright’s work resumes a documentation of youth culture that isn’t predatory or exploitative, although youth culture as a genre is only a slice of her work. Her gaze is wider, analyzing document as prime company, as immersion and narrative.

Imagine my surprise: stumbling into a bar and finding myself surrounded by the splendidly photographed. Actually, I don’t have to imagine, I remember—this is what New York used to be like in the mid 90s. Stumbling into treasure coves like this used to happen to me every other day, it seemed. Not in bars, but in artist-styled living room galleries. Finally, the New York art scene is refreshing itself and with renewal, creative classes emerge unapologetically. The gallery owner invited me back to the opening that same night, where Tillett Wright and I talked about Ektalure paper and the work of those who inspire us. Often, inspiration is simply prescient. In that human fortitude of prescience and awareness, the still camera remains a relevant informant, an effective catalyst. The medium’s potential isn’t wasted in Tillett Wright’s work, an additional delight to a show that leaves the New York art scene feeling vigorous and hopeful once again.

Breedings by iO Tillett Wright will be exhibited until October 16, 2010 at the Fuse Gallery, 93 Second Avenue, New York NY. 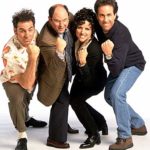