Home » Censorship of Queer & Trans Identity in the Arts

Censorship of the arts seems to be the on-going theme this year and possibly into the next Congress if Dems don’t win back House (and keep the Presidency).

Censorship of the arts seems to be the on-going theme this year and possibly into the next Congress if Dems don’t win back House (and keep the Presidency). The cry on the Right against the arts is the age-old culture war battle hymn: “Save the family, protect the children.” Who is protecting the children from network television, the NRA, and Scott Walker? But I digress…

It pains me to let you know that Michelle Handelman, one of the artists we have been following now since 2007, has had her works at two major institutions censored.

Handelman’s four channel video piece “Dorian”, which we documented from inception to its premiere in New York City, has since been exhibited in Boston and opened this January at Jones Center’s Arthouse in Austin.

In short review, “Dorian” was a cinematic interpretation of Oscar Wilde’s “The Picture of Dorian Gray,” replete with a cast of NYC night life luminaries and artists. The videos themselves are more sensuously evocative of novel—full of visual metaphor—rather than literal narrative.

Several weeks ago members of the board of directors at Arthouse received a letter from board president Mabel Whately, who stated she was “fearful of teens viewing the piece and the impact it might have on future funding.” She demanded the piece be shut down during times that coincided with Arthouse’s teen programs and since then “Dorian” has had limited screening times in order to limit who sees the installation.

I’m unclear exactly what part of this video was inappropriate for teens, was it the same-gendered characters kissing?

Handelman’s piece “Beware the Lily Law” is video a projection with monologue, which pays homage to transgendered individuals imprisoned during the 1969 Stonewall riots, spotlighting the history of LGBT oppression in the context of the United States judicial system.

While installing her piece yesterday the director of public programming approached Michelle in a panic over the “sexual content” in her video, stating it would be “too much for families.” He then reassigned her work to a back cell block off the beaten path. Handelman states that there is no “sex” in this work, no nudity nor even talk of sex. When she explained to the director that the work is about “gender identity, not sex” she received no response.

Since Hide/Seek the balls seem to have fallen out of the pants of every cultural institution too afraid of loosing funding, because of a 50-year-old culture war argument. Can someone please stand up and clarify this discourse rather than pretend to protect the children?

Artists are the corrective steam vent for society when it becomes one-sided, narrow-minded, morally corrupt and culturally vapid. The voice of the artist is the urge to express all that is suppressed, overlooked, and feared.

When art is censored those voices and expressions don’t just go away, they will explode with more force and ferocity in some other form. Has it occurred to anyone that the more sexuality and gender expression is suppressed in the arts, the more violent and extreme our Entertainment culture becomes? May I offer you more blood, guts, and guns with your TV dinner, my dear child? 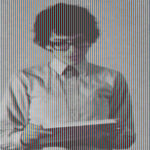 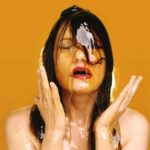