Home » ‘Cheek To Cheek’: Jammin’ with the One

The video clip of Glee star Amber Riley and her partner Derek Hough performing the Paso Doble on “Dancing with the Stars,” (Oct 29) spread like cyberfire on my Facebook and Tweeter feeds last week.

The video clip of Glee star Amber Riley and her partner Derek Hough performing the Paso Doble on “Dancing with the Stars,” (Oct 29) spread like cyberfire on my Facebook and Tweeter feeds last week.

Like most, I watched the video rapt. Here was a full-figured black woman exerting powerful, graceful, technically perfect moves with attitude. As the judges held up their cards, my heart thundered before I shouted “ten!” Part of the success of shows like “Dancing With the Stars” hinges on the fact that beyond the rare ‘special occasion’ too many of us no longer dance. “Dancing With the Stars” sates our hunger to see stars in another, more personal light, and more importantly, feeds our fantasies about how we might groove—if we could. Single and coupled readers, here is your good news for the remaining weeks of 2013: You can dance. You don’t even have to go out and spend money. Move the furniture. Dim the lights. Light a candle. Download Mary J. Blige or dust off Bobby Blue Bland. Simply take the lady or gentleman by the hand. Money can buy you many things, entrance into the new, swanky club, a whole lot of comfort, even peace of mind, but never intimacy. Though you’d never know it, canvasing the couples you know—ask your friends when they last danced with their significant others, or alone—dancing goes a long way in building and fortifying intimacy. And it’s fun.

Meet Camille and Joan; and Sean and Riley; and Bill and Nancy: Married couples who haven’t danced since their wedding day. It shows in how they move in each other’s space, around their home. Nine times out of ten, these couples aren’t the most fun to include in a dinner party because they lack that special vibe that exists between people who share an energy field beyond co-habiting, beyond sex. Somewhere between the duties we fulfill to each other as couples: cooking side-by-side, paying the bills side-by-side and making love, you find dancing, in many ways more liberating than the aforementioned because there is no expectation, no duty. Dancing with your mate yields a special energy exchange capable of enhancing connected communication.

A writer since childhood, I especially like that dancing requires no words, no verbal language, but rather a physical lexicon—saying something through movement—and like all creative acts, a sense of self. If my workday has an excruciating pace, I treat myself to two or three songs, enough to break a sweat. Pushing back from the computer for a 4-minute dance break offers reprieve from the frustration of a clunky paragraph, invigorates my mind. My best “breakthroughs” pour out of me in a fatigued but intellectually-sparked state. Writing for me is the most joyous labor I know. But it is labor, and most challenging for me is its solitary nature. Whatever loneliness in me that needs to be filled, dancing, for the most part, can fill it. Plus, I can’t fail at it. Neither can you.You may feel silly or clumsy, but failing is no option. I have fallen in love on the dance floor and felt the spirit of love abandon me on a dance floor. I have made egregious errors in judgment based on the swivel of hips. I have felt the bitter hardness after a lovers’ quarrel melt away the moment we embrace to dance. And I have had life-altering, life-affirming epiphanies in the midst of thunderous vocals, a bass beat that could wake the dead, my dancing partner twirling me about. When David Bowie orders ‘Put on my red shoes and dance the blues,’ I revel in bringing more color to the palette. I understand that Marvin Gaye plea, ‘Dance with me, come on dance with me baby,’ is an invitation to passion, to victory. Who would refuse him?

I couldn’t, and I got it honest. I come from a dancing family. Big Mama, my grandmother, was nicknamed Chicken for her ‘bird-like’ legs, but also because she was a great “stepper.” Lisa, my baby sister, was nicknamed “Boogie” at age two because she liked to put on everybody else’s shoes and dance in them.  One of my favorite pictures finds her dolled up in pink in my stepfather’s Florsheims, knees bent in the toddler bounce. Momma (“Fuzzy” in our family) is light on her feet, full of expressive energy, especially fond of spinning—never out of sync (her spin ends exactly where it began); if I am a good dancer it is because my mother is.

Culturally speaking, dance occupies a vital space in African American life, reflecting an evolving tradition both in dialogue with an African past and influenced by the American present. Scholars Jacqui Malone (Steppin’ on the Blues: The Visible Rhythms of African American Dance); Katrina Hazzard-Gordon (Jookin’: The Rise of Social Dance Formations in African-American

Culture); Marshall Stearns (Jazz Dance); Lynne Fauley Emery (Black Dance); and Brenda Dixon Gottschild (The Black Dancing Body: A Geography from Coon to Cool) have written exquisitely on black social and sacred dance.  More close to home, my family shows great eagerness when it comes to dancing.  We dance at birthdays, graduations, weddings, reunions, and just because. One of my fond memories of adolescence is being pulled out on the dance floor—our hideous russet brown living room carpet—by my mother, who paid no heed to my mood. Sure, we had just argued about my hair or wardrobe or the hours I put in on the telephone, but she never failed to transform me into her willing student. She snapped her fingers; a gleam lit her eyes as she commenced a more sophisticated version of what the youngsters were doing, or a new bold and intricate dance move. Then she’d order me to repeat it  Despite my eye-rolling, when we joined each other in motion, in music, Momma and I laughed, sweat. “Come on Shay, bop till you drop. Bop till you drop,” she’d say. I did. We did—to oldies-but-goodies like the Spinners’ “Working My Way Back to You Babe,” or Teddy Pendergrass’s “Joy,” celebrating a special mother/daughter rhythm. A rhythm that impelled me to take the stage, performing original choreographies before large audiences as a member of my high school’s Dance Team, during my most awkward years. (Parents who don’t dance with their children are as strange to me as July snow in New York City. Among the moments I live for are the arrival of—and first dance with—my adopted infant daughter, both occurring the same day.)

I have been romantically involved with people from all walks of life: I am lucky, big-hearted, and when it comes to loving, completely fearless, for better or for worse. Distinguished from each other by their individual gifts and idiosyncrasies, race, gender, class, religious-background, what yolks my former loves is an affinity for dance. My first serious adult romance with someone significantly older meant dancing in private, in the living room and the bedroom. The experience of having several men approach my partner (a different one) and me at a packed dive on Kansas City’s Main Street—to say that they loved watching “the most beautiful women in the room dance” because we were so obviously in love, “[our] bodies perfectly in-tune”—was a highlight of that relationship.  The scene made it into a song she wrote for me, aptly titled “Rhythm.” If Virginia isn’t “for lovers”—the state motto—it’s safe to say it is for dancers. Or, so it felt during my graduate school days in Williamsburg, where I learned white girls can dance. Some even jam. The Iowan who proudly wore her Smith College sweatshirt around the Grad complex rocked my world on a dance floor in Norfolk to Lauryn Hill, and I loved her for it. Whenever we fought, she’d put on Hill’s music; I’d conjure those dance nights, and we were good as new.

A great romance with someone significantly older in a city where I was teaching undergrads, who often took to the clubs themselves, meant I couldn’t dance out in public much. (Nothing kills the potential great night like traversing the same venues as your students.) Fortunately, we traveled frequently. Each time we visited a new city, a new country, finding a nightclub became priority. If the fantasy of Alone on a perfect deserted island with your mate appeals, try dancing to music you don’t understand, in a sea of people whose language you don’t understand—adventure with the added benefit of a bar.  Two New Yorkers danced in Seattle, Amsterdam, San Francisco, Paris, Santa Fé, Vienna, Boston, Budapest, Philadelphia, Berlin, Phoenix, Istanbul, Chicago, Bologna, Florence, Venice. We still joke that our passports should bear stamps of two tiny feet in motion. More recently, an indication that interest might tip over into blossoming love dawned on me as I planned my birthday party. Imagining a twirl with a certain guest, suddenly mixed CDs weren’t good enough. I wanted the surprise of music I hadn’t ordered into a playlist and the freedom of spontaneous dance moves. I needed a disc jockey, thus turning a small shindig into “an affair” my friends discussed all summer long. Now, on our way into winter, my Sweetheart smiles when I put on music, randomly instigating a dance. No matter the tenor of the day, we take real pleasure in the way our bodies respond to each other’s.  Be it jazz, r&b, country-western or hip-hop, tangled in a slow grind or eyeing each other across the room in a sweaty bounce, it becomes impossible to hang on to a bad day… there is no telling where the night might take us. As long as we dance, there’s no hurt feeling we can’t heal, no scary emotion we won’t be able to communicate, no sadness we can’t fly over, no pain we can’t positively gain from. So says a hunch I’m willing to bet my dancing shoes on.

Cheers to you and me, we’ve almost made it through another year. As you plan holiday menus and obsess over gift-giving here’s my wish for you: I hope you dance.

Some of my favorite spots to Dance Around Town:

Bonfire Lounge, 404 Sixth Avenue (at Greenwich Ave) There’s a new dance party in town for the scout in all of us, ladies.  Boi Scouts, Femme Scouts, Tranny Scouts, all scouts are welcome!  Plus, there are Girl Scout cookie-inspired cocktails.  Live rotating djs, table service and snacks from 10 pm- 2 am.

Dizzy’s Club Coca Cola, Broadway and 60th Street (Time Warner Bldg): One of the most beautiful rooms to soak up jazz in Manhattan, Dizzy’s boasts a stellar view of Central Park through a big window behind the stage, in addition to excellent acoustics.  Once a month the cover charge drops to $20 ($10 for students) for a late night dance party soundtracked by a variety of jazz musicians playing uptempo sessions called “cutting contests,” a throwback to jazz-age Harlem of the 1920s.  Saturday, November 16th // Broadway and 60th Street // $20, $10 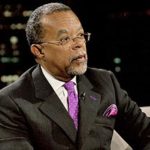 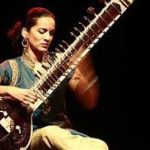