Eating out is not something you do before or after another event in New York, it is the event that you plan to do other things around.

Eating out is not something you do before or after another event in New York, it is the event that you plan to do other things around. Being on a wait list for 1 – 3 hours is not unusual on a Friday or Saturday night. So put your name on a wait list then go around the corner to the bookstore, or even catch a movie, but make sure your phone is on vibrate just in case the restaurant calls you back early for your seating.

And I’m not complaining, this whole movement around food as art, as spured through public interest by the reality TV this Top-Chefication a la No Reservation, farm-to-table revolution is a positive cultural movement aesthetically and gastronomically.

Bianco and I ate out a lot this year and here is our short list of the best new restaurants of 2012. What we found as there are two kinds of of culinary styles exceling in New York; the American comfort deli and nuevo-Asian fusion.

Pok Pok, holy crap the best Thai ever. Ever.

Moon: Everything here is good! The mixed drinks, the staff, and of course the menu. Their signature wings was the best crispy chickeny thing out of all the chicken dishes in New York. And all the veg, fresh and crispy as it should be with deep fired Thai. Spice is just right too.
Bianco: The blend of spices is mixed to perfection, like alchemical magic. And the sticky rice is a thing of glory; at first you might think, what’s inside this little bamboo-box? Opening the lid, you find the rice in a plastic baggy—yes. This may seem entirely weird and slightly repulsive, but the rice is divine—and this is coming from someone who is not traditionally a rice-eater.

Potlikker – I love a restaurant that lets you sit at the counter and watch cooks prepare the food, whets the appetite and lets you watch some exacting skill in action, it’s like watching reality TV while you eat.

Moon: I had the Dutch pancake for brunch which was eggcelent! the we went back for dinner twice, and had the chicken, which was also great—though I felt we should’ve ordered someting different the second time, but neither you or I wanted to lamb or the duck… we got to get more adventurous on the next round.
Bianco: I frankly was disappointed with brunch; I had three 1-inch squares of pumpkin-seed toast and an 1/8 cup of whitefish—totally insubstantial, especially since Moon and I never seem to have brunch til after 2pm on weekends and by that time I’m cranky and like “LEAVE ME ALONE. I’M STARVING!” Dinner is a different matter altogether; it’s very filling comfort-food. (Although the best comfort food, brunch or dinner, in NYC is Jacob’s Pickles on the UWS.) The roasted root vegetables, with a hint of cinnamon, were fantastic.

Mile End – Before their smoke house got washed away by Sandy, Mile End had been smoking all their own deli meats, at a seperate location in Redhook. Perfectionists stop at nothing.

Moon: I haven’t eaten here enough. Wish I ordered the matzo ball soup, but ended up getting the borscht—my second favorite deli food. So good.
Bianco: I went to Mile End after the “Storm” with a few friends. Matzo ball soup broth was succulent. All of the soups there are simply fabulous. Beet-Borscht-yes-please. They have a fish fallafal sandwich on fresh pita (that you can watch then fry on their stove top) that is AMAZEBALLS—alas, the sandwich has not been available since the Storm. Say yes to the pickles—anything pickled—but you can pass on dessert. My friends and I split an olive oil cake and it wasn’t oily enough; it tasted like pound cake. Also, the Brooklyn location is open late into the evening; their site on the LES closes by 5pm and you’re like WTF?

Moon: food writers are falling all over themselves, fawning over chef, Danny Bowien. He’s the new David Chang. I’m not sure if it deserves all the raves? But let’s be honest here, white male food writers have a fetish for Asian men. I mean the food is good, I remember walking out feeling very satisfied but the menu is so damn spicy, if you’re not careful your tongue will be tingling to the point you can’t taste anything else. I think we need to give this place another chance, my first impression was over-ruled by the spice factor.

Bianco: I dunno. I wasn’t particularly in love with the place. I also don’t like cold noodles, which is what we ordered. The food is spicey, so, if you like to eat spicey food in a cramped basement, go for it. Congee Village and its snow pea leaves (also pronounced “snow pea sleeves” by the waitstaff) is the best Chinese food in the city—granted, their service is crap and they rarely get your order right…which is all a part of the experience. (My friends and I also plan to hit RedFarm, which people rave about, especially for dim sum; will report on this later….)

Pig and Khao, Definitely hipster Thai… this restaurant is from the owners of the Fatty Cue (formerly in Williamsburg.)

Moon: We had that whole fish, what was it called? Baracuda? I kid. I forget what its really called but its a boney white fish, and tasty. The chef here is actually a top chef contender who was booted early in the game. But clearly she does a superb menu. I’m not a food writer, I’ve run out of descriptive ways to describe food when it’s yummy.
Bianco: I again was less enthused. I make a better chickpea appetizer; their chickpeas turned to dust when chomped upon. (I think it’s because they bake instead of fry their chickpeas.) And Moon ordered Branzino fish, which is the fish that every restaurant seems to offer nowadays, whole, in a broth, with the poor dead fish’s toothy smile looking at you.

Zutto, Japanese American Pub – This is an excellent restaurant with the worst by-line ever. “Pub”?

Moon: Pub just makes you think of bad bar food. However, this is place is anything but. And I know sushi is so like 1999, but if you are in the mood I’d head here. Zutto has actually been around for 30 years, but it was revamped this year with a new chef bringing in the requisite Tonkatsu and pork buns that have become the ever so hip dishes these days. The owners should really considder changing the name, ‘cuz everything else about this place works.
Bianco: When Moon and I hit this spot I know we’re going on a proper date, because this place has the best Japanese food in the city. Perfect, delicate sushi. Delicious wine. And oh-my-god-these-are-from-heaven brussel sprouts. The first time we went Josh Groban was there—need I say more? Try to sit in front of the sushi chefs and watch them do their magic; they may even give you a few complimentary tasters.

Queens Kickshaw – Because Kickshaw rhymes with rickshaw this caught my eye. However nothing Chinese here, it’s all grilled cheese, omelets and greasy spoons.

Moon: Two words. Comfy food. I mean just look at this photo. I’m hungry. One more trend I’ve noticed is the 6oz beer flights. Small glasses of a variety of boutique beer with your grilled chessus, what’s not to like.
Bianco: Sorry. I don’t like this place. It’s too dark. The waitstaff forgot one item we ordered. I enjoyed seeing Moon get wasted on 4 little flight glasses, though. I think said Moon overestimated the food given her inebriation.

Jacob’s Pickle – It is not cool to eat on the Upper West Side, but if you find yourself stuck up there and famished head to this downtown-styled, Jewish deli meets southern-style comfort food.

Moon: Beer pickles biscuits kinda says it all. Oh and deep fired things.
Bianco: Now, this is the best comfort food in NYC—dinner, brunch, or anything in between. How is this restaurant on the UWS, the place were people go to die? Order anything pickled. Order the biscuits. Order the salad. Order one of their many beer flights. Order a damn root beer float. This place is good—even if the portion sizes make you feel like you’ve just sat down at a place in Kentucky.

Moon: My final thoughts on eating out in New York: if you are appalled at the pageantry and hoopla  New York restaurants have become and the thought of a $225 Chef’s table disgusts you, yet you’d like to have the same culinary experiences that the hipsters do then head over to Flushing, Queens. There you can eat like the pros (i.e Anthony Bourdain, Andrew Zimmer) in the “Flushing Mall” which is the basement level of a grimy market, you will taste the flavors the top chefs hanker after. But instead of paying $100 dollars a head you can eat for two well under $20 bucks. Last tip, if you want to get into any of these trendy joints on a weekend without the wait, go at 5 pm, by 6 it may be an hour wait, and any later than that add another hour.
Bianco: Go outside of Manhattan if you want good food. Period. In Flushing the other week we had amazing noodles at Xi’an Famous Foods. I plan to live there someday with all the rats. We’re also hitting Battersby next week, which was declared (along with the $180 Bushwick chef’s table Blanca) one of this year’s Top 10 New Restaurants in the U.S.A. All of this reflection makes me wonder what people did before eating out…I mean that in a social sense. But as I loathe bars and drinking (except a glass of fine, dry red wine, of course), I suppose it’s the next best thing to do. Although nothing beats a home-made kale salad and bean soup…. 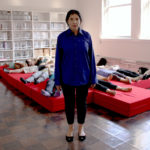 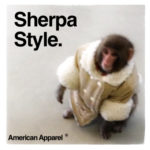 Things That Happened this Week in Music and Monkeys