Home » Ego This, Ego That! The Great Yoga Debate

Yogies in blogasana got up off their mats in protest after reading the New York Times Magazine article that ran last Sunday,

Yogies in blogasana got up off their mats in protest after reading the New York Times Magazine article that ran last Sunday, “How Yoga Can Wreck Your Body”, which details the harms of this most popular of ancient trends. The New York Times writer, William Broad, who himself endured debilitating injuries in yoga, penned a five pager discussing the physical dangers of yoga.

For his article Broad interviewed researchers and yoga teachers. He opens the piece with, Glenn Black, a teacher who has come to specialize in treating yoga injuries. Yes yoga injuries! Too many headstands, tear a retina, have a stroke! Too many Trikonasana, pop a rib and replace your hips! Too many back bends, herniate a disk!

(Because life is full of contradictions, I’d like to point out that Broad is also the author of a book called the “Science of Yoga,” which expounds the benefits of Yoga.)

Broad writes that the first modern books on yoga never mention the potential injures or safety precautions one must adhere to. Among others he cites B. K. S. Iyengar’s 1965 book “Light on Yoga,” the veritable bible on Hatha Yoga. Iyengar is one of the modern masters who brought Hatha Yoga to the west and is often quoted and cited liberally by the yoga community at large.

Here he is in 1938 at the age of 20. I don’t think there was a precautionary manual when he started practicing:

Once a German exchange student in graduate school said to me, “American’s are like children.” I asked what she meant? She explained “You need to be warned all the time about dangers that seem pretty obvious,” she pointed to a sign on the back of a bus warning people to stay at a safe distance. I once  worked for a boss at a faux finishing company who’s motto was “if it doesn’t fit, force it.” Needless to say the company dissolved into a cloud of (pot) smoke after just a few years in business.

Perhaps we’ve so lost touch with any intuition about our bodies and how to operate in this world that everything needs to come with a warning label, lest things ends in a lawsuit.

The NY Times article created such a shit-storm in the yoga community you’d think it was the end of shavasana in spandex!

NYT editors followed up with a discussion including six yoga experts: Suketu Mehta writes (and I paraphrase here) “you competitive Americans have turned Indian yoga into a 6 billion dollar a year competitive sport!” Recovering yogi, Joslyn Hamilton, a former 15 year practitioner says “at the end of the day its just a tool” (so don’t act like one). My fav is Sarah Miller, who likens human involvement in Yoga to human involvement in Climate Change.

In the Huffington Post, Eden G. Fromberg, interviewed her teacher “Yogi Glenn Black Responds to New York Times Article on Yoga” after he apparently got a few death threats from angry Sirshasan-ites.

In her intro Fromberg writes: “It is important to acknowledge the true damage on all levels that yoga can do when ego surpasses awareness and wisdom, … and when inexperienced or misguided yoga teachers lead bodies living modern lifestyles into places they are not prepared to go.”

Now those all seem reasonable defenses of yoga, doesn’t it?

The hitch? The history of Yoga really isn’t reasonable. When you read the scriptures on Yoga and the tales of great Yogis—their trials, their practices, their teachers—it all sounds completely unreasonable not to mention incomprehensible at times!

I’m in the middle of a gripping book, Tibet’s Great Yogi Milarepa. Milarepa is one of the most famous masters of Tibetan Buddhism who lived sometime during the 11th – 12 th Centuries. He is the third patriarch in the linage of the Kagyu school—one of the four main branches of Tibetan Buddhism. His stories are told over and again within the tradition by contemporary masters, lay scholars, and everyone who’d like to espouse a thing or two about Indo-Himalayan spirituality.

Milarepa’s yogic path to enlightenment reads nothing short of excruciatingly—horrible. His teacher, Marpa, also a great yogi, is credited with bringing the esoteric practices of Vajrayana and Mahamudra to Tibet from India. Marpa studied with the Indian yogi-master, Naropa.

Upon Milrepa’s first meeting with his guru, Marpa, he made Milarepa plough a field, and it only got more difficult from there. Marpa was not from the “listen to your knee, not your teacher school.”

Over the course of months Marpa put Milarepa through back breaking tasks of building and knocking down houses, rolling boulders up hills, as well as sustaining some serious ass whooping from his master. According to the story Milarepa stuck out with Marpa to recieve the Dharma (the teachings, the awakening.)

After 120 pages into this story Milreapa finally wins the favor and respect of his master and receives the “dharma.” Then his master sends him to a cave to meditate in complete solitude for 11 months. What?! After all that? He now has to continue with another austerity?

What seems apparent in these tales on yoga is that it is anything but gentle, nor does it seem to have been originally designed for the fashion conscious or the faint of heart. But if we must be warned, seems that 12 th C. mystic warned us 900 years ago! 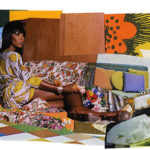 The Ugly Truth About Why the Kids are All Right