Kate Conroy is a New York artist who you might meet and immediately like, but never quite expect the compound hilarity Conroy can draw out of an

Kate Conroy is a New York artist who you might meet and immediately like, but never quite expect the compound hilarity Conroy can draw out of an audience. For the last two years, Conroy has been developing The Giles Findings: A Natural Herstory of Lesbeings, a conceptual project connecting lesbeing hominids to Amelia Earhart’s fatal crash site, the Bermuda Triangle, and New York’s Bowery via lesbeing artists’ DNA. As Professor B. Giles, Conroy presents her research and takes questions from the audience, making the art piece an interactive and immersive experience. What I find particularly refreshing about Conroy’s work is the playful dynamic she creates with cultural contagion and the culturally contained, which is the undercurrent of her work with The Giles Findings.

In late July, I met Conroy at her East Village studio, where we talked about living in New York and going to grad school here, art history, her creative practice, and most importantly: Conroy’s current installation for the Pop-Up Museum of Queer History at The Leslie Lohman Museum.  What follows is an edited interview with the artist, completed in August 2012.

Patricia: What compelled you to develop this project?
Kate: Party favors! The first series of petri dish portraits were created as party favors for a cultural exchange. They were a way to share my cultural community with others. The migration study followed to illustrate how my community finds place as an anchor to creativity. The Giles Findings emerged by osmosis.

Did Professor Giles emerge as a character to specifically voice the comically authoritative aspect of the work, or did you have other plans for Giles? She’s like the Agent Scully of Planet Lesbotron.
She is sort of Scully-esque! Giles was sent to me from somewhere that’s for sure—I had not set out to create a character. I was presenting my work to a very small but tough audience in a conceptual studio with Karen Finley. Finley was very, very supportive and encouraged me to present before I felt fully prepared.

This forced me to focus more in the moment than in preparation. I felt that I was presenting as myself, but everyone asked me afterward; “who is this character?” When I had to name her, I think my dad intervened. He was a beguiler and I think he sent me a message because one day “B. Giles,” popped in my head in his voice. She became my communication device for this surreal ethnography.

What initially drew you to ethnographic surrealism?
I fell into it. But, I don’t think I would have without three significant works in the background of my imagination. I will add agent Scully’s affect to that list. But, the first was Coco Fusco and Guillermo Gomez-Peña’s performance of Undiscovered Amerindians (1992), the next was Shelly Mars’ Homo Bonobo Project with Dr. Ghislaine Pussait (2009), and third, although not surreal ethnography, the assertive style of Peggy Shaw, particularly in Menopausal Gentleman (1996) and MUST: The Inside Story (2010).

How does Giles reconcile her scientific research with the meandering methods of creativity?
As a scientist Prof. Giles knows that all science is the study of art. She knows that you can only ascertain a culture through the study of its art and artists.

Sifting through the chronology of lesbian artists is the foundation for Giles’s research. How have you decided which artists to include? Is Giles exclusively focused on the DNA narratives she can extract from the artists?
At this point the selections have been exhibition driven. The main goal of my first series was to introduce an international group of grad students at NYU to my community of NYC-based Lesbian artists. I wanted to pique curiosity about artists who might have shows coming up, or books coming out, or exhibitions opening during the time these students would be studying in New York.

The criteria for Pop-Up Museum exhibit is “Before We Were Queer,” so I researched through word-of-mouth and The Lesbian Herstory Archives to find a mix of well-known and lesser-known artists across a few centuries.

And yes, she is focused on the DNA narratives of contemporary artists.

And the DNA, what is it a vehicle for?
I use it in the surreal aspects of the project as a time travel device in that living artists’ DNA will be matched to ancient ancestry, thus crossing time and space through science. DNA matching is held up as the standard in forensic identification. It is a testing method people trust as indisputably factual, it wields enormous authority, as does Giles, so it’s a good fit.

Your performance at Dixon Place was very well received and drew a lot of interaction from the crowd.
Yes, I was surprised and very, very relieved—as you can imagine. The Giles Findings is a fully shaped story, but the lecture is only an excerpt. The whole story would be too long as a lecture so I have to rely on audience to flesh out what is important to them. I’m surprised at how successful it can be to rely on audience questions. It’s also very surprising when someone from the audience, who is not a lesbian, is “in” on the humor. I sometimes think I live in a queer bubble, but when the humor successfully crossed out of that bubble—having appeal to a wider audience—wow. I was quite pleasantly surprised about that.

How do you prepare to perform Giles?
Red wine, cappuccino, and raw chocolate get me through the hours and hours of research, writing and shaping the enthography and prepping slides for presentation. Once the narrative and props are in place I draw on my otherwise useless experience as a corporate trainer and keep my “talking points” with my slide rule in Giles’ breast pocket.

Speaking of talking points, you mentioned the link between culture and contagion, specifically about Lesbians/Lesbeings contaminating culture.
My view of contagion is positive and influenced by Randy Martin, a sociologist and mentor who encourages me to “keep spreading the contagion from those petri dishes.” Contagion also harkens to the work of Steve Kurtz (Critical Art Ensemble). Pepe Karmel references Yve-Alain Bois’ suggestion to adopt the “bacteriological” metaphor of Kazimir Malevich to see artists in different times and places as “infected” by different and earlier ideas.

I connect with these ideas because they encourage us to look at both language and established concepts differently. Infection, for instance, is not always a bad thing. Good things can be infectious, like laughter and lesbian culture. From an Interventionist perspective, contagion can be about self-granted access or barrier breaking. Contagion also suggests the opposite of containment and I like to think of culture as not needing to be contained but needing to be shared. Words like infection and contagion are often used to make us afraid too, which I like to eschew by using them in refreshed ways.

I like the elasticity between contagion and containment. I agree with you. And yet, the anti-trans protests during NYC’s Dyke March unfortunately prove that not all lesbian identifying beings are as conscious and progressive as most.
Many people who are “progressive” or have liberal politics aren’t yet up on the terms and social skills needed to be inclusive, mistakes are made, people get upset, it’s sad, and it tears us apart and makes us weaker as a whole. My own social rule is to wait for people to self-identify and abide by what they indicate.

Before I started this work, I was in a weird situation with queer-identified students who had little use for the word “lesbian.” It made them laugh to hear it used, even when I self-identified as lesbian. It really bothered me because they were laughing at me; here I’m sharing my heritage, my 15-year marital status, and they are laughing. They insisted on the use of “Queer” and “LGBT” to “correct” my language. When I told a gay man about my project he asked if there were any gay men in it, which simply hadn’t occurred to me. I had to think these experiences and expectations through and clear my conscience about serving my “L” slice of the LGBTQ pie.

It’s a little tricky when selecting artists from history, because of terminology shifts. Over time there have been many female-bodied people “living as men” usually for either love or employment, or both. If for love, we might have called that “lesbian,” today we could call that “trans.” I have Claude Cahun in this series. Claude’s self-portraiture crosses back and forth across gender lines, “trans-scending” gender, if you will. It’s possible Claude would self-identify as trans. In my next series I’d like to include D’Lo. Like Cahun, D’Lo’s work is relevant to both lesbian and trans folks. Giles would include them as Lesbeings. They might select her alternate term “Lesbro”, which describes “brotherly hominids who are supportive of Lesbeings and Lesbeing culture.”

Oh, I love Claude Cahun self portraiture. They’re amazing. Recently, I saw D’Lo’s show at Dixon and loved it. What did you think of it? So many of his immigrant experiences mirrored my own.
It was great! D’Lo’s such a talented and charming performer and Dixon was a great venue for that work. I see a continuum from Peggy Shaw, to Susana Cook, to D’Lo.

When D’Lo talks about Sri Lanka, does that affect Giles’ migration pattern theories?
D’Lo’s migratory patterns are of interest to Prof. Giles and we need to collect more data. Since Giles’ migration studies consider political climate, we look closely at adulthood migrations in relationship to birthplace data.

What’s next for B. Giles? What can your audience anticipate about the work from where it is now?
Viewers can expect to see more and more petri dish portraits. The Pop-Up show features my first color series. It’s exciting to have a color process and I’d like to produce an exhibit of a lot more of them. I found a 4-foot light table that I would love to see full of them. I’m interested in continuing the migration survey too and want to work out more methods for mapping that data. I’m expanding a collection of “artifacts” and “field notes” of the ancient Lesbeing civilization and hope to craft a scale model of the ancient submerged spiral city. My dream is to use all of these elements to create a comprehensive Natural Herstory of Lesbeings exhibition.

BEFORE WE WERE QUEER is on view at The Leslie Lohman Museum until August 31, 2012.
Lead photo: Jackie Rudin.

My Moment with Marina Abramovich 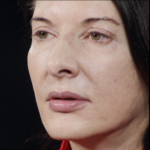 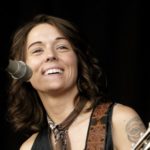 Chatting It Up with Brandi Carlile