Home » Everyone Relax this Head Does Not Match This Body…

Stop the presses, the recently uncovered portrait by Gustave Courbet, may not actually compliment the famous Origins of the World or be by Courbet at all.

Stop the presses, the recently uncovered portrait by Gustave Courbet, may not actually compliment the famous Origins of the World or be by Courbet at all. Experts are now disagreeing on the authenticity of the painting. At odds are The Center for Analysis and Research in Art and Archaeology as well as Courbet expert Jean-Jacques Fernier, who support the collector’s claim, and the director of the Courbet Museum.

According to the art site Hyperallergic, a Stony Brook art historian also doubts that the head of Origins is real citing that the position of the head doesn’t match the body.

With the trickery of Photoshop we’ve come to doubt most images these days. Like this recently released Iranian fighter jet, which was uncovered to be Photoshoped onto a stock image. Yet, still people get fooled. As one astute commenter on Gizmodo pointed out, the photo was probably for the non-internet savvy government officials who’s prefer to see what they want to see.

Art forgery is a time honored practice, one famous forger even wrote a whole book on it. Eric Hebbron was an art forger who deceived countless “experts” by painting various compositions by old Renaissance masters like Corot, Mantegna, Van Dyck, and Poussin. It took years for highly regarded institutions and galleries to catch on that they were dealing with fakes, only after Hebbron turned himself in. And still there are some Hebbron paintings hanging in museums.

Identifying real master works is an arduous process, one well documented in this PBS series, in which experts authenticate a Leonardo drawing. This ones for the art nerds of the world:

Beyonce Did Not (Really) Lip Synch 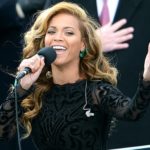