Home » Femme With A Handbag

Have you confused your handbag for a miniature poodle?

Have you confused your handbag for a miniature poodle? Body-language expert Dr. Lillian Glass  thinks you have. She says women are saying, “My bag is a part of me; this is where I live—my computer, cell phone, iPad, water, protein bars, keys, wallet, personal items, workout gear are all in here! You want it close to you because it holds your life, so you’re holding it for dear life.”

Well, that’s fine I say, but what about the poor poodle? Why are people clutching those poor dogs like handbags?

Remember back to the Shang Dynasty (1600-1046 BCE), when the people of Han were into making ritual bronze vessels? The Ding, as they were called, had three or four legs, inscribed with an animal spirit known as the taotie.

How adorable (and formindable) is this creature?

Scholars have no idea what these zoomorphic design really meant, but as an armchair theorist, my guess is that they represented the importance of the living world, a universes animated by a divine spirit. And these mythic animals as carriers of the sacred stuff placed in their bodies, represented the respect and awe we had for the mystery of life.

Whatever happened to the good old days of animal worship and spirit guides? Nowadays everything is a goddamn accoutrement!

Back in the day, the Gothic Cathedral used to be the tallest building in a city. In the age of enlightenment it was the government building, we moved on to financial centers… Now? mixed use high rise luxury homes, hotels, and malls. Says something about our materialistic consciousness doesn’t it?

Remember the guy who mistook his wife for a hat? He had an excuses, he had Alzheimer’s. How about the artist who mistook his pipe for a painting? What ever happened to metaphorical thinking?

Now, femmes please don’t hate, I love the way you swing a big purse, so long as its really a bag and not a furry little spirit with a tail and a rhinestone collar. 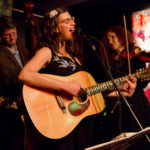 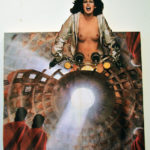