I’m sliding in late on a Friday with a long over due review of an exhibition closing this Sunday at the Metropolitan Museum of Art,

I’m sliding in late on a Friday with a long over due review of an exhibition closing this Sunday at the Metropolitan Museum of Art, Wonder of the Age: Master Painters of India. I have one word, GO! This survey of works spans almost a century (from early Jain and Buddhist manuscript art to British Imperialism) and probably the finest examples of miniature painting assembled to date.

The exhibition was compiled by of three of the “most eminent scholars” in the field of Indian Painting and the combined effort of the Rietberg Museum in Zurich and New York’s Met with paintings on loan from the Royal collection of Windsor Castle and India’s national collections.

The big revelation the curators hope you learn: the names of the artists of this period.

Formerly thought to be anonymous, Indian (with some Persians working in Indian courts) were in fact identifiable masters who worked in palace ateliers, much like their European counterparts. many of them were a part of lineages of masters, some even familial relations. Recent scholarship in the field has unearthed palace documents, literary sources and other records linking specific masters with whole bodies and schools of work. Also revelatory is the occurrence of the artists self-portrait depicted within the court scenes.

“Jahangir Receives Prince Khurram at Ajmer on His Return from the Mewar Campaign” – the artist Balachad has painted his self-portriat in the lower left corner, see him carrying his portfolio under his arm?

This is exciting stuff for the canon of painting. It seems history needs names to really appreciate genius and beauty. These works appear painfully painted in eye-straining detail (you actually need a magnifying glass to appreciate them in their entirety), displaying expertise in form and color rivaling any European master of the time. After seeing this show you’ll be mentioning Balachand and Furrukh Beg in the same breadth as Michelangelo and Leonardo… I hope.

“The Death of Khan Jahan Lodi”. Getting one’s head chopped off never looked so good!

The Mughal court painter functioned as “documentary photographer”, being brought along on expeditions to record royal events (including battles), or commissioned to illustrate biographical, fictional or mythical narratives. These handheld book size miniatures were easily transportable for the Sultans (and later the Hindu Rajas) and even artists themselves who traveled from court to court within the Islamic empire. However, contrary to belief, the term miniature does not designate the size of the paintings but the color minium (a red made from lead), a pigment used in manuscript painting from Byzantine to Colonial times.

“Escapade at Night: A Nobleman Climbs a Rope to Visit his Lover” … The oldest of art forms, sneaking around to meet up with one’s lover.

Like most art throughout history the works were not meant to be enjoyed by the masses but created solely for pleasure of the 1%. Folios were in the collections of Sultans who would peruse them at their leisure. Try not to dwell too long on the inequity of rank, class or even gender that this (and most) art exists upon, otherwise you’ll miss the stunning beauty of these jewel like pictures and the unexpected pleasurable surprises they contain.

“A Youth Expires When His Beloved Approaches and Speaks to Him.” And no great collection of narratives is complete without the gay sub-text! 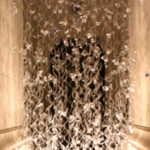 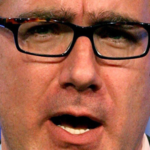 The Greek Dramedy that is Keith Olbermann