Pussy Riot, a guerrilla girls styled Russian feminist punk art/rock collective, were detained in Moscow early last month. The collective is a somewhat anonymous group, who perform with various kinds of head coverings, while taking on the Russian Patriarchy in both religious and political arenas.

The groups inspiration comes from the riot grrrl movement, as well as, artists such as Valie Export and Lynda Benglis.

On Febuary 21 st, Pussy Riot took over Moscow’s Christ the Savior Cathedral to perform a protest song in anticipation of the (re)election of Vladimir Putin. According to the site FreePussyRiot: “The song titled ‘Virgin Mary, redeem us of Putin’ was performed by several members of the ‘Pussy Riot’ group with their faces covered by balaclavas. The song calls on Virgin Mary to become a feminist and banish Russian President-elect Vladimir Putin.”

Three women from the collective, Maria Alekhina, Nadezhda Tolokonnikova and Ekaterina Samusevich were detained by March 15th under Russia’s article 213/2 of the Criminal Code. They have been charged with “hooliganism,” allegedly without evidence. KGB can you say Gulag?

Amnesty International has called them “prisoners of consciences,” and have created a petition for their release.

The Obscenity of the Art World 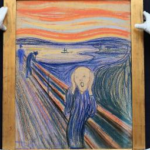 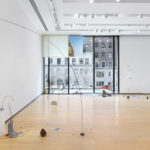