Two major international artists opened the spring art season in New York, Iranian born Sharin Neshat and Chinese dissident Ai Weiwei. Both mid-career artists (at age 54) who are at the top of their game, at a time when artists are often over looked in their careers.

Showing at Gladstone, Neshat’s installment of photographic portraits with hand-painted calligraphy pays homage to a Persian classic, The Book of Kings (Shah-nama). The Book of Kings is an epic poetic compilation, historic and mythic in its account of Persian history through Zoroastrianism to the Muslim conquest.

Ai Weiwei spent a decade in New York City, through an arts degree at Parsons school of Design and spending another six years in the East Village creating works no one seems to have remembered. Weiwei went back to China in the early 90’s where he shaped his career, built a body of work, inspired the new wave of Chinese artists, and broke through into international stardom.

In 2009 through his art works Weiwei began pointedly questioning the Chinese goverments response to humanitarian crisis, as well as the lack of freedom of expression. This lead to the destruction of his studio and his detainment and imprisonment in China last year. In January Mary Boone brought to her 24th Street gallery, Ai’s celebrated “Sunflower Seed” exhibition that first opened at Tate Modern.

Marcie Bianco and I visit both shows the just days before the closings. 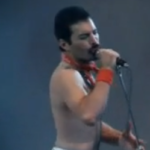 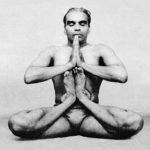 The Science of Yoga and the Art of Sanity