The assumption that Country music has been the provenance of homophobic, bible-belt, red states is not mere stereotype, just ask Chely Wright who has not been asked back to the

The assumption that Country music has been the provenance of homophobic, bible-belt, red states is not mere stereotype, just ask Chely Wright who has not been asked back to the Grand Ole Opry, since she came out over a year ago. Wright who used to date country superstar Brad Paisley, was a “darling” of the Opry, and asked to perform at least every ten weeks until the calls stopped coming.

But don’t let that convince you that queers and Country are not a match made in heaven. Evidenced by the success of last week’s Gay Ole Opry in Brooklyn we do have a bright future together. Brainchild of Gina Mamone (Riot Grrrl Inc.) and musician Karen Pittleman (Karen and the Sorrows) the Gay Ole Opry was conceived to connect the fans and bands of the Queer Country genera.

Mamone said to me, “I think for all of us (the producers, sponsors and musicians) it was more than just another show—had to do with more than just the music we love but also so much of our roots and the places we come from.”

Mamone went on to explain, “The audience members that pulled me aside during the night had the same reaction, ‘thank you for giving me a night of home’, was rephrased a dozen different ways. There is a whole queer population that lives in New York City that loves the places that they come from and the music they were exposed to. The Gay Ole Opry was the first chance they had for those two worlds to collide.”

“I am tired of waiting on Nashville to roll out the pink carpet for us,” Mamome said, “The few out country stars have had amazing careers before they fizzled out and decided to come out of the honky-tonk closet.”

I’ve known Mamone, who has run Riot Grrrl Inc. – the worlds largest queer music label, over the course of a few years. She’s not one to sit back and wait for something to happen. Like all queer culture makers, if it doesn’t exist, she makes it happen.

“Queers are so mindful of where we spend our money and fiscal responsibility to our community.” Mamone concluded, “Its not fair that we spend money on country artists that are very much home to us, but would more than likely not welcome us into their home. It’s time to kick start the Queer Country Genera.” 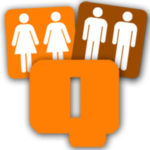