Anna Margarita Albelo is probably one of the most insightful, provocative and hilarious filmmakers of our day… not to mention a friend of Velvetpark.

Anna Margarita Albelo is probably one of the most insightful, provocative and hilarious filmmakers of our day… not to mention a friend of Velvetpark. Her latest endeavor Hooters has been premiering in LGBT film festivals on the West Coast.

We met Albelo in 2006 at Dinah Shore, to say the least she made the whole experience bearable. Albelo was there doing a documentary for Canal+, the French Cable version of Showtime. She made sloppy drunk lesbians, well, glamors and compelling — no small feat.

Hooters is a docu-comedy-drama about the making of seminal lesbian filmmaker, Cheryl Dunye’s (Watermellon Woman) lastest film The Owls.

The women who appear in Hooters are some of the most influential lesbians in film and literature. Pioneers and icons who have crafted our contemporary culture; Sarah Schulman, Cheryl Dunye, Guinivere Turner, Lisa Gornick, Skyler Cooper. Watch clips below.

In Albelo’s own words: “French filmmaker, Jean-Luc Godard said all you need to make a movie was a girl and a gun. For these lesbian filmmakers, all you need is an idea and some friends. Shot in a little over 6 days, 45 Lesbian and Queer Culture makers featuring: Dunye, Guinevere Turner, Sarah Schulman, Alexandra Juhaz, Lisa Gornick, Deak Evangenikos and Skyler Cooper, formed, The Parliament Collective who, on created through debates on race, gender, sexuality, and age, a film about murder without killing each other. They contributed to Dunye’s signature style of narrative-documentary filmmaking where personal truth is as important as public fiction.”

And P.S. check out the lesbians that were interviewed in LA (on the East Side) for this doc. They, um, don’t resemble those WeHo lesbos on TRLW. that’s all, thank you. 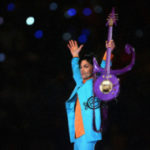