Home » Half the Sky, One Whole Heart

I think we all agree sex-trafficking of girls and women is a horrific act and we’d like to pretend it only happens in far away lands, until it appears on our

I think we all agree sex-trafficking of girls and women is a horrific act and we’d like to pretend it only happens in far away lands, until it appears on our doorstep. We all rolled our eyes at Todd Akin, thanking the heavens that his stupidity would bury him under public mockery, trusting that the better judgment of Americans will vote him out of office. We take for granted that we live in a country where Akin-like science doesn’t rule our culture. But what if you were born in a war-torn country like Sierra Leone?

This week PBS is airing this two part series, which puts a human face to the sex-slavery of young girls and the systematic rape of women in Africa and Asia. Inspired by the best selling book by Kristof and his wife/partner Sheryl WuDunn Half the Sky: Turning Oppression into Opportunity for Women Worldwide, this series takes the viewer into homes, brothels, safe houses and schools where girls, mostly under the age of 18 have endured the most unimaginable cruelty.

The format of the show consists of Kristof traveling to cities around the world visiting human rights activists who have been creating safe havens and schools for victims and in some cases even conducting raids into brothels to free girls as young as 3. On his visits Kristof has invited celebrity activists who see first hand how women in underdeveloped countries are devalued and mistreated. “Gender makes women (and girls) vulnerable to violence,” as the sub-title on the film’s site reads.

Whats most striking about the series so far is that amidst the most unspeakable violence perpetrated against these girls, once they have been taken to a safe house to recover, their sense of light and forgiveness is profoundly inspirational.

The glaring elephant in the room that never seems to be addressed, however is the cruelty of the male perpetrators. While there are a few brothel madams working with or for male pimps, all of the johns are men either coming from the local community or abroad. All the work of healing and changing cultural attitudes save for a few men are being done by the female victims. Most of the activists now running safe houses were at one time victims themselves.

If you missed the first episode, which premiered last night, you can watch it here. The second ep airs tonight.

How Space Buddha Ended Up in Nazi Hands 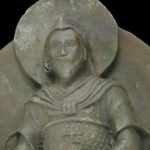 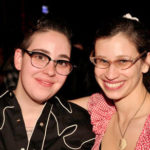