Tonight don’t miss the New York City Premiere of Hell On Wheels Gang Girls Forever. Ten years in the making, Hell on Wheels follows Gang Girls 2000, and Surf Gang made in 2006, as the final story in a Trilogy by filmmaker Katrina Del Mar.

Hell on Wheels was finished a year ago but almost disappeared in a horrific crash during the editing process. In the last 8 months Del Mar was able to restore and re-edit the film to full blazing crazy girl gang glory. Wear your best leather chaps and we’ll see you there. 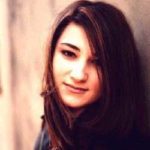