Home » Heroes of Birth: In Perpetual Vibrancy with Pipilotti Rist

For her third solo show at Luhring Augustine, titled Heroes of Birth, the ever humorous and consistently astute Pipilotti Rist has constructed a tiered chandelier of women’s cotton unde

For her third solo show at Luhring Augustine, titled Heroes of Birth, the ever humorous and consistently astute Pipilotti Rist has constructed a tiered chandelier of women’s cotton underpants, “previously worn and cleaned.” Assembled from her own collection, friends and family, in varying shapes and sizes, Massachusetts Chandelier is suspended from the ceiling, in its own gallery space. Lit from within, the tiered hanging sculpture casts a shadow on the floor, in harmony with the fractal forms that wallpaper the room. The body politic arc particular to Rist’s work is present here in equations of illumination versus projection; fixture versus motion.

By referencing heroism in the show’s title, and naming a piece after the Old Colony State, inevitable speculations develop: was Rist creating a context for the Mayflower pilgrim as progenitor of a specific cultural heroism? I was too curious and contacted her gallery to learn more. As it turns out, Rist’s associations with the word ‘Massachusetts’ are purely aesthetic: she simply likes the syllabic rhythm of the word. For her, it conjures a “very old state, like this festive, old bourgeois.” Double consonants mirror a complacency of staid classes, a narrative most fitting for a chandelier of the size and dimension that Rist created. As is usual for her, Rist exposes her commentary without irony or snark, but with maximum zest.

Upon entering the gallery, viewers are greeted by All Or Nothing, an installation consisting of a modest altar with daily offerings and a water dispenser—basic spiritual necessities. The altar’s centerpiece is an LCD triptych of images connecting undulating sexual shapes with meditative, metaphysical swiftness. All or Nothing offers a drink and invites us to stay, a reminder that to see is really to contemplate. Cultural language at large is increasingly, a lexicon boasting the opposite: visual language as blueprint for obedience (already explored by Barbara Kruger, and further affirmed by the aloof, exclusionary visuals of luxury consumerism). By opening the show with the altar installation, Rist activates the body-spirit relationship of taking (water, contemplation) and giving (offerings, gratitude). Concepts of fixture versus mobility are very much in this piece. As is the elasticity of illumination versus projection, reflecting the human process of inquiry; whereas with Massachusetts Chandelier that same equation navigates social tensions of gender.

Layers Mama Layers presents all the iconography Rist is known for: distorted projection, conceptual narrative, the idyllic oasis. Still, there are surprises: the female body figure is absent and text is employed for the first time in her films. Layers Mama Layers is projected onto several panels of wafting fabric, showing sheep roaming happily in an alpine meadow—in an aimless flock of obedience. The only human figures in the work are viewers, interacting with the projection through physical presence and shadow. Heroes of Birth feels like a celebration of colour and whimsy—characteristic indulgences for Rist. However, this show is far more sedated than previous installations. The substance supporting her conceptual development has become more refined without sacrificing Rist’s zeal for a juicy colour palate and the neon pulse of human hilarity.

Heroes of Birth by Pipilotti Rist will be exhibited until October 16, 2010 at Luhring Augustine, 531 West 24th Street, New York NY. 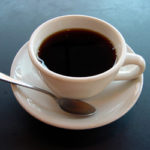 Coffee with My Ex