Queerty has done an excellent job of digging into the Regent Media scandal (or scam as the case may be).

Queerty has done an excellent job of digging into the Regent Media scandal (or scam as the case may be).

Recap: Merill Lynch and Bank of America are suing Regent Media for fraud (alleging the company owes $90 million in unpaid loans). Regent scammed the wall street banks but creating a bevvy of “shell” corporations to hide its “creative accounting”. Enron anyone? Read the the Queerty article in its entirety. Snippets below:

The trouble started in 2005 when Regent secured a line of film financing credit from Wall Street financial kingpins.

The collateral was not a problem–Regent had reportedly not paid many of their film production workers–a fact of life for Hollywood up-and-comers that Regent allegedly exploited as their corporate excuse/motto. So it didn’t cost them much to secure the loan.

Jarchow used the name Convergent Funding LLC for the Merrill deal. This would not be the first or last time that the lawyer and accountant by trade would use a business alias. Soon he was pimping out his chi-chi Westwood penthouse office (allegedly on loan from a Colichman school chum) as the homebase for shell companies named Studios Funding LLC, Regent Releasing LLC, Regent Worldwide Sales LLC, Regent Studios LLC, Here Networks LLC, Family Media Home Entertainment LLC, Liberation Productions International LLC, et al. We’ll call them the Regent Group–Merrill says they were all Jarchow.

Here’s what happened: Colichman apparently convinced his straight partner Jarchow that buying iconic gay brands The Advocate and Out (as well as sister company Alyson Books and a brother company, Unzipped, who’s Men and Freshmen were at one time the gay publishing’s worldwide top-sellers, and for whom I worked as an editor) from malfunctioning dot-com PlanetOut Partners (PNO) would vault Regent out of their also-ran LGBT media world status (MTV’s Logo was clearly #1 in this domain) into a “cross-platform” gay media hub.

Merrill claims that Regent was so bumbling, unmotivated and inept that they were never able to collect more than $200,000 to repay those loans.

The former PlanetOut publications offered the perfect chance to keep the deception going, at least that’s what Merrill Lynch thinks. Merrill money could be (in the words of the complaint) “funneled to the other members of the Regent Group, including Here…in payment of unnecessary advertising fees.” In other words, Merrill alleges that Regent charged itself to advertise in The Advocate and Out. Bogus revenue streams, achieved! 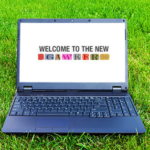