Fresh from the New York premiere of “Who’s Afraid of Vagina Wolf,” the flim by Anna Margarita Albelo—staring Albelo herself and grand dame of dyke filmmaking Guinevere Turner—we are reposting an ar

Fresh from the New York premiere of “Who’s Afraid of Vagina Wolf,” the flim by Anna Margarita Albelo—staring Albelo herself and grand dame of dyke filmmaking Guinevere Turner—we are reposting an archival interview with Guinevere Turner from Velvetpark issue 11. Yes, time flies and its heartening and inspiring to watch careers continue to unfold, mature and for lack of a better word, last.

Is it hard to believe “Go Fish” was 19 years ago?! And at its time, groundbreaking in its reflection of lesbian culture of the 90s, all riot grrrly and dykie in its  X-gen savvy. “Vagina Wolf” remains as edgy and I will say as ground breaking, in its reflection of gen X queer women, into our middle age and still searching for love, and meaning (and money) in our careers.

Albelo, and the other actors and writers tweaked and improvised as the film developed over the course of the production. Turner delivers a complex, humorous, serious, passionate and vulnerable performance earning her best actress award at this summer’s OutFest in LA, and its clear why. A more thorough review of Albelo’s “Vagina Wolf” will follow—until then here is our 2006 interview with Guinevere Turner, in a hotel room at The Dinah:

“Would you like some champagne?” asks Guinevere Turner, as she reclines on the bed of her Palm Springs hotel suite during the Dinah Shore weekend. Guinevere seems perfectly suited for the entertainment lifestyle. She’s completely at ease with reporters and fans. She attended this years’ Dinah Shore for the requisite the L Word book signing, the Power-Up event, and did press interviews for the film “The Notorious Bettie Page”, which she co-wrote. Her suite was filled with hot urban hipsters just in from LA and elsewhere to enjoy the notorious Lesbians Gone Wild weekend. Velvetpark conducted the last interview of the evening over a bottle (or was it two?) of champagne and cigarettes.

So how many people have you already spoken to? I just don’t want to go down the same road and make it boring because you said all the same things to 500 other people.
Not five hundred, but probably twenty-five.

And all the gay press is going to print the same stuff.
Especially the gay boys, I always feel like they are covering me because the have to.

[grinning] “The girl who wrote Go Fish”
I always laugh, its like Guinevere “Go Fish” Turner. No, actually my middle name is Jane. I can be Guinevere “Bettie Page” Turner anything, but please… seriously, it’s been twelve years.

Speaking of Bettie Page, there is something about what you’ve written [over the years] and how you’ve written things, and there seems to be a relationship between sex and…I don’t know if violence is the right word but something dark. And this Bettie Page story seems to incorporate those elements. Am I going down the right road here?
You are, but as Alex Trebek would say, “Can you put it in the form of a question?”

Okay, well, lets just start with who came up with the idea to do the Bettie Page story? You were working with Mary Herron on it—was it a collaborative idea?
Mary Herron and I share a producer—the indomitable Christine Vachon. Christine was working with Mary on I Shot Andy Warhol and I was promoting Go Fish. We were at a club in London, and [at the time] I was so fucking mad at Rose Troche.

Why? For personal reasons?
When we first started our tour of Go Fish we had just broken up and it was ugly.

Are you friends now?
Yes, thank god, we are family. But to leap ahead with you, what I want to do next is a story about a gay family and a lesbian family. How we are not necessarily good to each other but we are forever together. And Rose is one of those people for me. We have been through it. We started out as these ridiculous little baby dykes trying to make a movie.

It’s hard to think of you guys as ridiculous little baby dykes. You are the luminaries of the dyke cinema movement.
[Smiling]…If you could have seen our sorry little asses…

Okay, so back to London. You said you were somewhere in London?
So there was Christine and Mary. And Mary was like, “Oh, you look like Bettie Page.” And I was like, “Who was Bettie Page?” And then we started talking and writing.

So it was 12 years ago that the seeds of the Bettie Page story happened?
Yeah, 1995.

Tell me about Bettie Page.
Bettie Page was a young Nashville girl, the oldest of 10, who found a talent for performing and decided when she was 18 to move to New York to become a model. She became a model for the camera clubs at the time, which was basically a group of pervy men who would get girls to model under the auspices of a camera club.

So it was just an underground thing? How did her images filter into the mainstream?
Well, she went to Miami and met this photographer Buddy Yeager. Over time, Bettie discovered that she liked to be naked. So then there are all these photographs of her on boats, completely naked—just gorgeous. [Smirking] And on the beach….

Was she being paid for this? Where were the prints going?
Bettie was being paid. [The prints] were going into army magazines, as nude bathing. It was just such an amazing time. That’s a lot what the movie is about…the 1950s and that time, right on the border of the ‘60s.

Then what happened, what was the controversial part?
There was this whole thing about juvenile delinquency and how it was related to pornography. And Bettie Paige had become pornography. There was a senator who was running for president who made this an issue.

And where does your movie follow her?
Our movie basically concludes focusing on that time.

So, she became notorious because she was just the ‘bad girl’…
She was never notorious in her life. She was known for that moment because of the hearings. The whole centerpiece of this movie is the hearings and this man who talks about his son, who strangled himself and died.

Because he was whacking off.
But the thing is it’s the ‘50s. It’s so obvious to you and me that this is what happened. [In the film] they bring a photo of Bettie Page [into the court room]. When this man comes in to talk, we put exactly what he really said into the movie because it was so upsetting—“I don’t even know my son, this would never happen.” Meanwhile, we [the audience] are all like…

[Teasing] Honey!
And they said when Bettie saw [the movie] she was fine and when she saw [the portrayal of the hearings] she just cried and said that never ever happened. The thing is she was never in the courtroom, so she never knew that happened.

Okay so why is the [Bettie Page] story important to you? Sexuality is a theme in your other works. Sexuality is definitely one of the elements…
What do you mean? I think you’re bringing a little bit of YOU into me!! [Laughs] 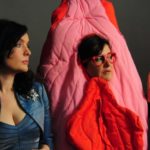 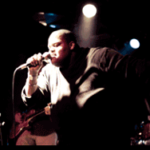