Recently Wazina Zondon made her national debut on HBO’s Out List.

Recently Wazina Zondon made her national debut on HBO’s Out List. The show if you didn’t see it profiled significant LGBT folk who discussed identity and coming out. Wazina caught the attention of the producers for her work on a creative education project Coming Out Muslim.

As the title states “COM” is a project dedicated to queer muslim identity and acceptance. Co-created by Wazina Zondon and Terna Tilley-Gyado, “Coming Out Muslim: Radical Acts of Love” is a storytelling performance piece full of antidotal vignettes of both a first generation born Afghan Muslim American and an American convert to Islam.

We caught up with this young luminary of the Queer Muslim movement in her home in Brooklyn (cats and all.)

[If you are unable to view video below, watch on our youtube page here.]

Reading the Liminal: An Interview with A.K. Burns 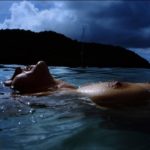 Nan Goldin: Wish You Were Here, Opens at QF