Home » Irony, the Pop Art of the Millenial Gen

… that was 1962 when Andy Warhol did the dastardly deed of popping art. The Warholian trope of appropriating pop culture, which dropped the collective art IQ down several some odd percent.

Warhol made money and his mark off of “appropriating” Campbell’s soup and now the favor is being returned, 50 years later Campbell’s has out popped the father of pop art. (Although I believe the money to license Warhol’s likeness is being handled by the Warhol Foundation, since the artist is now long dead.)

Marketed to the back to school college crowd shopping for dorm supplies, CEO of Campbell’s, Denise Morrison has been looking for ways to attract a younger generation to the brand. Morrison, one of the many women moving into CEO postilions at old-boy corporations, took the post last year to lead the 140 year old brand into the new millennium (albeit a decade late, but better late than never as they say.)

In addition to the tribute to Warhol, Morrison is rolling out soup in a bag, new recipies and fresh products all in the hopes of revitalizing the company, but more importantly the stock—the Dorrance family, founders of the company—remain major shareholders.

I was surprised to learn Campbell’s is based in Camden, New Jersey. Who knew good things could come out of Camden, eh hum, side note. When Morrison took the reigns at Campbell she sent a team of marketers to live amongst hipsters to better understand their cultural ways, according to nj.com they were sent to:

hipster hubs as Austin, Portland and San Francisco to study the rituals and preferences of people in their mid-20s and 30s. They shopped with them. They ate at their favorite food trucks, neighborhood restaurants and, sometimes, they ate home-cooked meals in their homes… “They are restless spirits with adventurous tastes.”

I have fond memories of my depression era grandmother who had stocked Cambpell’s soup in her cupboards, and feed it to me on sick days. Tomato soup with a little milk was divine. But I can’t remember the last time I cracked open a tin of soup, save for the fancy Weruva that my millennial cat Fattums eats.

Maybe the fancy colors, and pictures of Warhol—who never seems to get old though he has been dead for 25 years—will be a millennial hit, if not for the taste, the sheer decorative irony of it all. And being Ironic, after all is the pop art of the millennial generation. 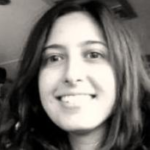 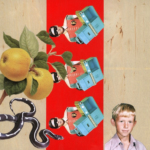