It is safe to say that there has not been a more important color *theory text since the 1963 publication of “Interaction of Color” by the luminary artist and educator Josef Albers.

It is safe to say that there has not been a more important color *theory text since the 1963 publication of “Interaction of Color” by the luminary artist and educator Josef Albers. This year Yale University Press has released the 50th anniversary edition as an interactive iPad app. I spent the last two days fiddling with “Interaction’s” features while comparing it to the printed book. I teach a foundation color course at CUNY Queens so made it my business to dig into this iteration.

The app vitalizes what has become very dry and tedious workbook of color studies into a sticky, game-like digital experience. Replete with video commentary from design industry specialists, curators and former students, the app brings the book into the digital age where it feels comfortably at home.

The app follows the printed text exactly all the way down to the layout of each page and font face. Each color plate that was originally created by Albers and his students—quiet painstakingly I might add—has a digital equivalent in the app along with a “study and create” tab that can be swiped, pinched, then saved and shared on screen. This is actually the most important feature of the app.

The study/create feature gives you a black outline of the original Albers design mock-ups, and you are given a library of color swatches to experiment with. For anyone who has ever taught or taken a color course under the Albers method you will be familiar with the mind numbing exercises using color aid paper and xacto knives. The original Albers curriculum follows about 60 color studies and students must purchase additional materials such as the disposable color aid papers. And these materials are not cheap—a box of 220 color aid sheets could run you upward of $70 bucks (in addition to the book.) The app jettisons this additional cost and is a mere $9.99, but of course you need the iPad first (and there is no Android version as of yet.)

Tip: It took me a few tries before I figured out how to move and place my swatches into the design. First select your basic palette hue—then you are given a choice of tints or shades per hue. Pull out a swatch from the “color wheel” and double click the wheel to remove it from your art board, so you can then click and drag the color swatches around. Drop the swatch on your intended target to complete your design.

The “Interaction” app is a clean and logical extension of the original text and one could easily imagine that the exacting Albers would have adored this iteration of his work.

After all Albers hated the mess of paint and the unpredictability of the material. He wrote that by using color paper in his projects students “avoid the unnecessary mixing of paints, which is often difficult, time-consuming, and tiring. This is true not merely for beginners alone.”

It has been noted that in Albers own works, he always applied pure pigment. He went directly from tube to canvas. Albers also hated the texture produced by the brush, a true minimalist at heart. The irony is that the great colorist never mixed or matched paint!

Trained at the Bauhaus, Albers came to America during our formative Modernist years first at Black Mountain College then Yale, sending a generation of students down the visual path towards op-art, minimalism and conceptual art. Some notables were Robert Rauschenberg, Cy Twombly, Eva Hesse, and Richard Anuszkiewicz.

Yet, after 50 years, undergraduate foundational color across this country, as it has evolved under the Albers’ method, has become a dreaded and tedious course both for teachers to teach and students to endure on their way to a BFA—sadly, since Albers was an engaging and charismatic teacher. At its core understanding color is about familiarizing oneself to the “dimensions” of color. Those dimensions being; hue (the innate color term, i.e. green, blue, etc.), value (shade, tint a.k.a. darkness or lightness of a color), temperature (warmth or coolness, i.e. red v. blue), Chroma (intensity), saturation (the predominant visual penetration of a hue—used as a term most often in color photography.)

Therefore Albers method is really a set of practical steps, with room for experimentation in understanding how these dimensions interact. After all, color is always perceived relatively next to other colors, even if that hue is white or black. “Color” as Albers wrote is “relative.”

My MFA advisor once wrote to me “Albers *theory is not a theory as he would be the first to admit. Practice, practice. No one ever masters color, it’s more of a sensibility. I suspect that Albers is the default play when it comes to teaching. Who else is there?”

Interaction of Color for iPad
Available on the Apple App Store

Piper Kerman Explains the Reality of Orange is the New Black 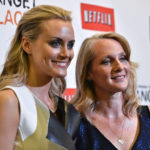 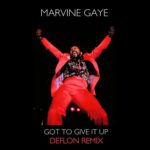