[Editor’s Note: Considering the hullaballo about a certain male basketball player coming out—when men do come out it’s just.so.damn.noble!—we at

[Editor’s Note: Considering the hullaballo about a certain male basketball player coming out—when men do come out it’s just.so.damn.noble!—we at Vp would like to remind everyone that a certain female tennis player helped paved the way 32 years ago. Her name is Martina Navratilova. When she came out she lost thousands of dollars in sponsorships; in stark contract, last week Brittany Grenier came out and got a Nike contract.

This interview was originally published in Vp issue 12 by Jackie Schneider 2007.]

A young man draped his hand on Martina Navratilova’s shoulder and firmly kissed her cheek. The brims of their black caps touched. Her narrow eyes softened, her mouth open in a smile. She and Bob Bryan clutched a giant silver trophy. They had just won the mixed doubles finals match at the U.S. Open. It was the 178th and final title of her career.

Weeks later, the day before her fiftieth birthday, Martina Navratilova joined Billie Jean King and about two dozen of the country’s best female athletes to be inducted into The Billie Jean King International Women’s Sports Hall of Fame. King warmly thanked Navratilova for helping her win a doubles tournament decades ago. Among the women in tailored pantsuits and button-down blouses, Navratilova sat in an audience that applauded her. To her right was a giant photo of her on the tennis court, ready to attack an incoming shot. Navratilova looked worn out after the ceremony. While answering her phone, she simultaneously signed an autograph and poked a forkful of spiral pasta into her mouth, the first thing sheâ€™d had to eat in hours. For someone about to celebrate both retirement and a birthday, Navratilova has been working hard. She’d driven, from Florida to New York for this event, with her partner and four of her 15 dogs.

On a press circuit, Navratilova has been promoting the Rainbow Card VISA card that donates a portion of people’s credit transactions to LGBT organizations as well as a new fitness book, Shape Your Self. She was looking forward to the coming birthday dinner, a celebration that marks a new beginning and a few moments to breathe. They were to eat Thai, but she wasn’t sure where. “I don’t know who will be there,” she said. “It’s in my honey’s hands.” In her retirement, Navratilova will carry on some of the missions she began decades ago.

Though she’s won more singles matches than any other player, female or male, she is more than a prolific athlete. She has shaped her career through a balance of both entrepreneurial and ethical goals. Most importantly, having grabbed the torch from King, she helped pioneer the fight for women and lesbians to have a place in tennis and professional sports. She was one of the few people in the spotlight willing to jeopardize her career for lesbian visibility. The Daily News outed Navratilova during a time in the mid-80s when tennis players were becoming international celebrities. King and Navratilova were among those who fought hard for equal pay. Women tennis players began earning roughly $100,000 for major titles. The most lucrative part of the game though was the multi-million dollar endorsement deals. Public image was key to procure these. The media often portrayed Navratilova as the unlikable, ruthless Czech (even after she became an American citizen), and adored her more feminine, straight, American-born opponents, like Chris Everet. Navratilova kept details of her private life hidden for some time, but eventually became a gay rights activist. “Coming out cost me a lot of money,” Navratilova said. “But I wasn’t going to pay the price in integrity and indignity; you can’t put a financial value on that. I knew I was still going to play my game. Nobody was going to take from me my passion, my love and my livelihood.”

Navratilova wishes that more public figures would come out.”It’s so hard for people to discriminate once they know who you are,” she said. “It’s so easy to say ‘them’ and ‘us,’ but when it’s all of us, they can’t discriminate anymore.” Ellen DeGeneres emceed the U.S. Open this year, a testament to the fact that things have changed for the better. Navratilova is proud of DeGeneres, a friend of 20 years, for coming out to middle America. Navratilova said, “Ellen does not need to do one gay thing the rest of her life. If she does more, that’s fantastic, but she does not owe anybody anything because she’s done her part.” But it’s clear that even though she’s pleased with this progress, Navratilova isn’t satisfied. “I still feel so marginalized,” she said. “I mean I don’t think I’ve ever heard George Bush actually say the word ‘lesbian.'”

When many were scared of being called unpatriotic, Navratilova remained one of the few celebrities to make public her belief that the Bush administration is the worst in American history (she faced-off with Connie Chung in 2002). She said that she felt America had been progressing under Clinton, and that it was a poor move to elect George W. and an unforgivable move to re-elect him. “We changed a winning administration and go the other way,” she said. “And then when things didn’t work, we stayed with it. That’s crazy. As an athlete, you would have lost in the first round, you’d be outta there, never to be heard from again.” Navratilova doesn’t filter out her opinions to create palatable sound bites, yet she’s particularly adept at summarizing the absurdity of the push for a ban on gay marriage. “It shouldn’t make any difference to you whether my partner is a man or a woman,” she said. “It’s all about whether my partner has a penis or not, or whether I have one. One of us needs to have a penis to have a good relationship, to have a meaningful relationship, to have a lasting relationship? I don’t think so.”

Besides speaking out, her way of fighting back is through the Rainbow Card. Since Navratilova founded the Rainbow Card in the early 90s, it has provided $2 million to LGBT causes. The card is a simple way that average people can support social and health services as well as LGBT advocacy groups and educational endowments. This project is her way of helping what she sees as a fragmented community become more cohesive. “I’d like to see us more in a massive group so that the Christian right and the Republicans and the conservatives can’t just discount us,” she said. While endorsing the Rainbow Card, she’ll also promote her fitness book, Shape Your Self. Navratilova approached her book with the same pragmatism she applies to everything. She sees obesity as a problem in America, and she addressed it with research and expertise. “You would think people would really pay attention to what I do,” she said. “I’m not just telling them what to do, I’ve been living it for 25 years.” 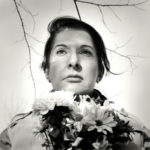 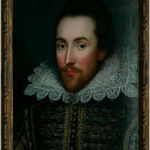 When Great Masters Meet Bad Digital Photography You Get This…