Home » Mary Jane: To Weed or not to Weed?

Up until I left Jamaica, I had never been really close to the Cannabis Sativa plant. I knew what it smelled like (sort of) and I knew what it looked like from pictures.

Up until I left Jamaica, I had never been really close to the Cannabis Sativa plant. I knew what it smelled like (sort of) and I knew what it looked like from pictures. But my goody-two-shoes-persona would not have allowed me to fraternize too closely with the substance I knew had sent my cousin, Snoopy, off his rockers.

I also knew that when most of the men I grew up with smoked it, they were freer with their hands on my body, quicker to violence and less inclined to go to work. So whenever I heard that there was going to be weed somewhere, I absented myself, thus, preventing my ever having had to refuse it outright. Back then I didn’t even drink.

Cut to life in America on the artist-circuit. I’ve never seen coke or heroine or meth, but I have heard that they were present in some rooms I have occupied. But Marijuana is everywhere. These lesbians in New York have bongs and blunts and joints and brownies and a whole lot of other shit I can’t spell. Come to think of it, Denver dykes are no different, nor are the lesbians from Lansing. Drugs are simply a part of contemporary adult life in Urban America. (I just realized that these confessions may make it impossible for me to run for president later, but what the hell!)

Anyways, not only did I have to constantly refuse to take a toke over and over and over again, I had to also explain why the Jamaican girl with the big afro was anti-Mary Jane and her talents. I heard every pro-weed argument in the book: weed makes you more in-tune with your higher self; good grass will make me really enjoy sex; it makes chocolate better; it makes me less uptight (as if I mind being uptight!); weed will make me more fertile; weed will increase the amount in my bank account; weed will bring Jesus to me; weed is a gift from Jesus; weed will make Bush a human rights activist. Weed, in the art world, is seen as the rebel drug that has survived the cruel tactics of right wing government through the ages.

In my heart of hearts I wanted to try this miracle drug. It seemed like it could fix all my problems. I lie awake at night imagining that what my life would be like if I were a weed-smoker. I imagined my love issues floating out of me in a haze of carbon monoxide. I would have the smartest, kindest and most gorgeous women seeking my company 24/7. Like a leprechaun, the little green fairy-thing would make all my wishes come true: world peace; gay rights in Jamaica; multiple orgasms for every sexual encounter; and a firm muscular body with no exercise.

Armed with these images, I decided to try it. Like Clinton, I wanted to be able to say, I never inhaled — so I had to get someone else to inhale and blow it into my lungs like a kiss. That way, it seemed less addict-ish, more like a romantic frolic in the marijuana meadow. Gentle and smelling like all my best wet dreams she (a woman who will forever remain nameless) lowered her mouth and blew life into me. I drank of her and waited.

Needless to say, I went on to have some really good sex with the nameless woman. (But I have to point out that I was having mind-blowing sex with her before the weed.) There is no need to go into the specifics of my second-hand high — how silly I got after, how everything seemed remarkably big and loud and red to me. Things just seemed more of what they were before. People who annoyed me, annoyed me more. The foods I liked, I liked them more. But nothing big happened.

Shit is still jacked up for the LGBT community in Jamaica, and there are still wars being fought all over the globe, and sometimes I still only have one lousy orgasm when get laid. The same women still ignore me, the strangest ones still approach me on my online dating website profile and my life has remained the same.

The one good thing that happened is that I did not get addicted — I just found out how much a serious weed habit would cost, especially if I only smoked good weed. I hear you can go off your rockers (permanently) from imbibing bad weed. Forget all those nice dinners and sparkly digital gadgets I love to buy — that little green habit would keep me broke all the time.

Weed doesn’t solve problems. And the jury remains out on whether I feel weed is as dangerous as they say. But now I know not to believe everything people say about drugs. So when people start singing the praises of a little sex pill called E, I smile and nod and quickly get out of the way.

(Staceyann Chin is the author of The Other side of Paradies: A Memoir) 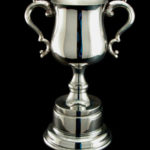