A representantive for Melissa and Tammy Etheridge has announced that the couple has separated.

A representantive for Melissa and Tammy Etheridge has announced that the couple has separated. Rumors of the relationship being on the rocks had been reported as early back as February by folks like Perez Hilton, and People Magazine broke the official story this morning.

The official statement from their rep read, “Melissa and Tammy Etheridge are saddened to announce that they are now separated.The couple added, “We ask for consideration and respect for our family as we go through this difficult period.” Tammy gave birth to twins Miller and Johnnie Rose in 2006, two years after Melissa was diagnosed with cancer. Melissa also has two older children, Bailey, 13, and Becket, 11, with former partner Julie Cypher. 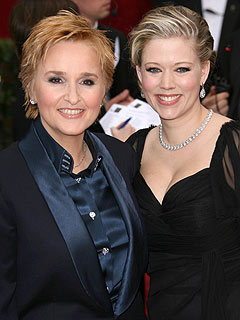