A new photo of famed poet Emily Dickinson has emerged in Amherst, MA.

A new photo of famed poet Emily Dickinson has emerged in Amherst, MA. As with most great finds of historic and artistic import, these days you find them through a junk dealer. Recently, a Renoir was picked up at a Virginia flea market by a woman who was more interested in the gold frame than the sketchy pastel it compassed.

This latest image of Dickinson that has emerged is said to have been taken of her when she was 30 years-old at the height of her productivity. She poses with her friend Kate Scott Turner Anthon.

The famously reclusive poet who apparently never came out of her room, has currently only one authentic portrait attributed to her, one which was taken when she was 16 years-old. This teenage Dickinson has been the only image in exsitance that has identified the poet and apparently she hated the picture. Not surprising that the notorious introvert was camera shy and there have been no other credible photos of her to emerge to date.

Although scholars have debunked their authenticity, there have been many photos over the years claiming to be Dickinson. And while scholars still analyze this new portrait, all clues are pointing to the affirmative including; likeness based on the former portrait, textile analysis, identifying it as a daguerreotype print, assessing when the image was taken and by whom it, as well as identifying Kate Turner whom Dickinson was very close to during that time.

Lesbians have long wanted to/or do claim Dickinson as a sister, back in the 1950’s Rebecca Patterson published The Riddle of Emily Dickinson, a book describing the relationship of Dickinson, Turner and Dickinson’s sister-in-law Susan Gilbert. But more to the point the book set out to prove that Emily and Kate were lovers. Not surprisingly, having been published during the under the “Lavender Scare,” The Riddle of Emily Dickinson, was discredited by scholars of the time.

The portrait of Emily and Kate is on view at the Amherst College Archives Special Collections, upon request. Another copy is on view at Emily Dickinson Museum on 280 Main Street, Amherst, MA. Let us know your opinion of the double portrait, lovers or just friends? 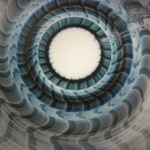 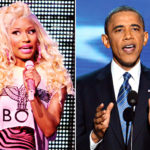