Believe it or not, Orange is based on the true story of Piper Kerman who spent a year in a women’s correctional facility on drug charges and lived to write about it. So far rave reviews, lesbianism, drama, penal system… what’s not to love. I think I just saw Lea Delaria in the trailer, time to re-up my Netflix sub.

Oh No they Didn’t, Jay Z and Abramovic Jump the Shark 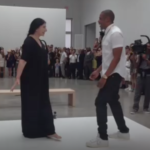 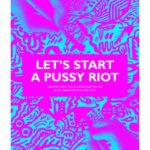