Um… another one bites the dust? So the famed snarky gay site Queerty.com has ceased to exist as of last Tuesday.

Um… another one bites the dust? So the famed snarky gay site Queerty.com has ceased to exist as of last Tuesday. According Bil Browning on Bilerico:

Okay so he was kidding, but for realz there is a message on Queerty’s homepage that reads:

After more than five years of serving the LGBT community with news and entertainment, Queerty has come to a close. The decision to shutter the site was not an easy one to make, and it is with great pain that we say goodbye to our loyal readership. From all of Queerty’s writers and contributors, from our first unto our last day, thank you for spending some time with us.

Who is 353Media you ask? We know not. But apparently they “took over” from founder David Hauslaib last year. There is a story there, we are sure, anyone want to send an anonymous tip?

This royally sucks because quite honestly Queerty was the only queer site that seemed to break any news, no matter if the facts were a little iffy—a minor detail in gay media. Now where will we learn about all the glaring indiscretions of Paul Colichman and Joe Solmonese.

Here’s an email that Hauslaib sent out earlier today:

Not only is it tax day, but its another sad turn in LGBT media. 🙁

Notes on Notes on “Camp” 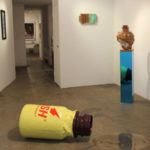 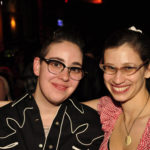