Home » Reading the Liminal: An Interview with A.K. Burns

Astonished and beguiled is how I felt that first afternoon I spent with Touch Parade in 2012, at the Sculpture Center in New York.

Astonished and beguiled is how I felt that first afternoon I spent with Touch Parade in 2012, at the Sculpture Center in New York. It is a priceless opportunity that living in New York affords: to see a work inhabit different spaces at different times. How an artist adapts an installation to an existing space conveys so much information about the flexibilities and constraints within that work. As if casting movements for the human body, A.K. Burns developed Touch Parade as a five-channel video installation. It’s currently included in A Different Kind of Order: The ICP Triennial, on view until September 22, 2013.

Artist, educator, and pleasure activist, Burns worked each video for Touch Parade through a persistent refrain of tactility. We first discover the feel of the world through the sense of touch, a sense that not only questions and confirms texture, shape, and stability, but also tests willingness. Can we separate touch from being an extension of the body? For this work, Burns reperforms YouTube videos that don’t immediately register as the ambiguous fetish works that they are. Crushing food with sneakers, popping a balloon, driving barefoot, sporting rubber gloves, or wading around in mud—none of these activities are (to outsiders) recognizable as arousing material. But to those who make and/or seek these videos, such seemingly banal activities are choreographed and performed to engage desire.

While preparing for a solo show at Callicoon Fine Arts in September, Burns welcomed me into their studio, where we talked about the criteria for Touch Parade, the culture of crush videos, and how representations of gender play out in a subculture for which literacy remains liminal (for now).

This is Part 2 of a two-part series with two artists working the spectrum of contemporary pleasure and intellect, where collaboration, politics, and the sense of touch directly critique various degrees of social acceptability. Part 1 with Aura Rosenberg was posted last week.

Patricia: Even though I was looking at a video installation, your work made me think of sculpture more than anything.
A.K. Burns: I think about sculpture alot. Whether my work is overtly sculptural or not, I often make from and think about the body first. Both the physical and social body are important to me. I also often think of video as a sculptural medium—3D–image, sound and time. With Touch Parade I wanted the monitors to have a physical presence in relation to the body of the viewer. To be various sizes and heights to build a relationship between the viewer’s body and the cropped bodies in the video. That work is like an exquisite corpse in space.

Patricia: Like a body to body reverb?
A.K. Burns:  Yes, for example, if you start looking up ‘crushing’ videos online you’ll find a particular consistency in the camera work, with the shot positioned so the camera is sitting on the ground. There is often a moment when the crusher lifts up their foot to expose the crushed material on the bottom of the shoe. These gestures and framing make up a vocabulary that is mostly only legible to those inside the community. Similar to hanky codes, they were markers only read by a subculture or community with a shared vocabulary. There’s a kind of semi-private literacy in this new hyper public exchange of explicit images. It’s fascinating to see how the mainstream and sub-stream collide on the internet.

Patricia:  And equally interesting is how the internet inherently records its own histories…
A.K. Burns: It is a perpetual document of society’s anxiety and desires.

Patricia:  Watching Touch Parade is a great reminder of the difference between performing and just experiencing.
A.K. Burns: I’ve thought about these pieces as gestures, gesture as a method of giving form, making meaning and sharing—more so than performance, per se.

Patricia:  My association with Keds is that they’re very Americana and totally toddler chic…when I was a teenager, I never wanted a pair because I considered them fit for little kids.
A.K. Burns: They have a tinge of tween.

Patricia: There’s something so innocent about them.
A.K. Burns: And that makes them so much more perverse! One of the parameters for the fetishes that I chose to work with [in Touch Parade] was that they were not censored by YouTube. These videos are produced to create the same libidinal response as typical pornographic material, yet the culture we live in has a very limited sensibility of what is considered illicit and explicit. It’s as if exposed genitalia is the qualification for determining what is pornographic.

Sexuality is portrayed in a fairly narrow way in which the body has been reduced to these fragments or essentialized parts. For the queer body, nothing in sexuality is predetermined, and the whole body is a sex organ. What does sex look like when it’s not just a pole and a hole? Within online fetish culture, some of it gets censored, but alot of it doesn’t. From this perspective, censorship is a method of assimilating or legitimizing particular types of sexual behavior. The censorship validates the act. I’m a firm believer in anti-assimilationist equality, so I was looking for images and actions that were liminal and undefined.

Patricia:  Do you know the Rhianna video that was initially banned on YouTube? When I finally saw it, I thought it was super cutesy and sweet. It’s also funny, and far from offensive, despite being sexually charged. Sexually charged like just about every other contemporary music video.
A.K. Burns: Possessing and displaying sexuality, especially for women is still so complicated and verboten in many ways. But a pair of new white Keds… totally ok!

Patricia: Yes, it gets into that very easily.
A.K. Burns: But it is more complicated than the simple read of castration, you can also read it as ejaculatory. I found it really interesting how metaphors of violence, intercourse and ejaculation were enacted through these various methods of palpitating.

Patricia:  Why did you pick these specific five fetishes? Why inhabit these five scenarios?
A.K. Burns: Appropriation occurs frequently in art, but I had a very clear desire to make the work my own. I see them more as memes or covers. A personalized variation on multiple originals. I’m interested in embodying things and learning something from that process. I always want to insert something of my own into each act, rather than just take the images into a new context.

In my studio I had accumulated a vast selection of rubber work gloves in various colors and textures. I recognized this as my own consumer fetish. With the balloon video, I had been trying to cast balloons and I had balloons all over my studio and then wondered if there was a balloon fetish. Lo and behold, there was. As far as the number of videos, five just felt right, like five senses or five fingers. Two is a pair and would be too focused on comparing and contrasting, three feels like a purposeful triad and eight would feel like an overwhelming cacophony of activity. With five, it starts to feel like you’re piecing together a whole body through the various monitors.

Patricia:  Did you only choose source material that was male bodied?
A.K. Burns: Both men and women do the fetish videos, but it does seem to be dominated by men.

Patricia:  Even videos with shoes?
A.K. Burns: This work instigated a few gender related questions for me. One thing I found difficult in the original videos, as in culture, is how women are represented and/or represent themselves sexually. As a generalization—I wouldn’t call it a fact, but a tendency, a cultural tendency—women tend to ‘perform’ sexuality. Instead of just being sexual.

It’s purposeful that when you look [at Touch Parade] you may or may not know that it has anything to do with fetish or sexuality. Regardless, the work elicits and should be understood through a bodily and not a cerebral cognisance. All of these videos are about a kind of display and exhibitionism. But there are certain gestures that women do that are adapted and adopted to entice, seduce and display a known impression of sex and desire. I was fascinated by the multitude of men who were enacting something that felt like an authentic exploration of body and materials. Of course this is a privilege that comes from being the primary…

Patricia:  Wait, what exactly does that mean to you? ‘The privileged of the primary’?
A.K. Burns:  A massive number of images are being made through a heteronormative and masculinist perspective. If a woman looks at porn (or other media) and doesn’t feel positive about it, it’s no surprise. It’s a vision that isn’t made through or for her body. Sexuality has developed as if the male is the cultural primary, and is the lens through which most mainstream cultural production occurs. I was looking for the really simple, banal essence of touching and exploring. A set of gestures that were not presented in a coy, manipulative or seductive, way. I think men are privileged to have the space to be sexual. In the videos—as in life—I’m performing androgyne as opposed either binary.

Patricia:  Which seems very deliberate…
A.K. Burns: It’s who I am. In the videos, my body does tend to read as masculine which partially comes from what I culled together from the original videos—the esthetics of the environment and attire. And the videos I was most drawn to were typically produced by men for men. If women were producing them, it was typically for men. As with most pornography, the population of women consuming this stuff is much smaller. The resources I culled from were homosocial because the hetero versions were too predictable and unconsciously staged to look sexy. This is an essential difference between queer-sexuality and normative-sexuality.

Patricia: Well, only because that sort of penetration has become this signifier, or actually, this validator of the sexual act.
A.K. Burns:  It’s mostly absurd, and brings to mind the notion that one could be a virgin or not a virgin. As if there is a before and after in sexuality that is delineated by a unidirectional type of penetration. Instead, I see a continuum of desire, pleasure and exploration.

In addition to the current show at ICP, and an upcoming solo show at Callicoon Fine Arts in September 2013, you can view more of A.K. Burns’s work here: 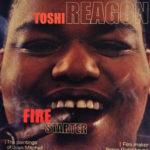 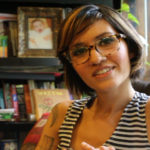