Opening night for the Readykeulous show at Invisible Exports was more like a congregation of New York luminaries than a gallery opening. Readykeulous—The Hurtful Healer is a group show curated by Ridykeulous, the art collective founded in 2005 by A.L. Steiner and Nicole Eisenman.

Teeming with fierce energy, the space was crowded beyond capacity. Jerry Saltz walked into a mob, greeting familiar faces (like Vp‘s Editor in Chief). Eileen Myles strolled about in her winter puffer, turning her head when someone said “poetry” and crashing that conversation into inevitable brilliance, I’m sure. The show resembles a protest archive room, an articulate prosperity of insightful mischief. An intense landscape of words, even behind glass the message is magnified. Grouped as they are, the selected writings, art and visual poems trace a specific chronology of angst. Adult, intelligent angst.

Somehow, amidst the necessities of living well; well enough to eat more greens, meditate or sink deeper into our downward dogs (Adho Mukha Svanasana), somewhere along the way maybe we’ve lost touch with what makes us tick. Truly and profoundly, tick. Provocative, overt rage isn’t quite so stylish anymore. There are just appallingly constant eruptions, like the shooting of Gabrielle Giffords for example.

Readykeulous—The Hurtful Healer is a staggering reminder that there’s still plenty to be incensed about; and that perhaps becoming one with what makes us enlightened and outraged is the key to dismantling the injustices of present time. That’s what I thought about, when looking at Ali Liebegott’s Times You Lied Today, 2010. How many times a single person will not self-admit to unhappiness or outrage. What dangerous stagnation we’re susceptible to.

The show is far too elegant and eclectic to advocate rancor. It presents ways to generate change-propelling steam. Radical cleansing. A call to tear arms—from the hands of aggressors, tear the arms of unjust policy by speaking out, incessantly and as dissonantly as possible, to deafen any possibility of hurtful interjection. On Saturday February 12 at 4:30 PM, there will be a closing day performance by Mike Albo, among others, and a venting-friendly open mic session to which all are invited.

What follows is a purely unedited interview with the curators of Ridykeulous, A.L. Steiner and Nicole Eisenman. Click the image read the full interview. 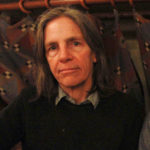 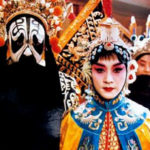 Amy Chua Has Hurt Our Feelings