Home » Sexting as Art, Karen Finlley at the New Museum

Last week acclaimed performance artist Karen Finley, open and closed a new show at the New Museum, “Sext Me if You Can.” In it Finley offered members of the public to a private sitting with the artist, in which they sexted Finley who in turn created a painting. According to the New Musuem’s site: “During your sitting, you will receive access to a private phone number for the purpose of sending Finley a ‘sext.’ This sext will, in turn, serve as the inspiration for a painting, or series of paintings, created by the artist in a temporary studio set up in the New Museum Lobby.“

The sitting, and depending on the size of the painting, cost between $200 and $500 (created in editions of eight to 25), a nominal price as art works go. And the patron gets to walk home with a painting.

To find out what happened you’ll have to read Christen Clifford’s experience on Culture Bot. But here is a screen shot of her text:

And Finley painting in the Museums lobby (from an Instagram-er).

Finley’s show was a part of multi-artist performance residency, along with Holly Hughes, Tim Miller, and John Fleck in conjunction with the exhibition “NYC 1993: Experimental Jet Set, Trash and No Star,” this month and next at the New Museum. 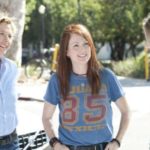 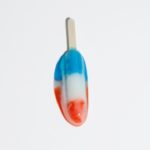 Art in the Hamptons