Home » Sh*t You Should Know: Lilly Not An Old Lesbian, A Doc About Pippa’s Ass, and more

Did you miss the Alexander McQueen exhibit? Wanna kick yourself but secretly glad you didn’t hav

Did you miss the Alexander McQueen exhibit? Wanna kick yourself but secretly glad you didn’t have to stand in the insane lines. You’ll feel better knowing apparently you would have only been staring at the back of someone’s head  as one of the 500 people (there at any given time) squashed into the dim Gothic interior at the Met. Watch the opening night and feel like you you were there, but better.

Lilly Tomlin didn’t want to be an “old lesbian” character on The L Word (via afterellen.com):

“In the pilot they had what was in the script as ‘Old Lesbian,'” Lily said. “I said ‘Well that’s their first mistake.’ So she was supposed to be called The Captain, and she always wore a yachting cap. Remember Alice, the blonde? At one point, you see she had a genealogy chart of relationships. Well it was going to be tattooed on my body; on the Captain’s body. And so every time there’d be musical chairs every time someone changed a partner, you’d see me in a tattoo parlor. It was a hilarious idea. I wasn’t sure. I wasn’t keen on it. That was about 10 years ago. They showed it on a chart, and they never really played it out. It was much funnier for it to be on the captain. Not that I have anything against, you know, the world “old,” but I didn’t like it in this — I thought ‘I don’t know, how do I know what it’s going to be? Maybe it’s going to be ageist, I don’t know!’ I regret it, years later. Tell Ilene, I was a little bit disappointed that I didn’t have enough sense to pick up on that.”

Tina Brown decided to print a crazy-eyed picture of Michelle Bachman on the cover of Newweek. Conservative bloggers were up in arms, I dunno she I think its sexy in that looney stalkerish kinda way…

Are you Crazy for Pippa Middleton? Well you aren’t alone in your lesbian wet dreams, apparently straight women want bang her too. TLC is airing a documentary tomorrow, which will cover… how hot she is? Can you make a whole show about having a great arse?

Facebook’s use as a job-recruitment tool remains small, but its appeal may be growing. Some recruiters say they have all but eliminated their spending on job boards, which can charge a few hundred dollars per job posting, depending on volume. Others note that while LinkedIn contains a more comprehensive résumé database, candidates tend to value referrals from their connections on Facebook more.

Maybe the NSA should take some pointers from Kanye and Jay Z who launched Watch the Throne their joint recording without the tiniest of tiniest of mp3-leakage. What’s it sound like? apparently really good, you can find it on itunes (but not spotify). 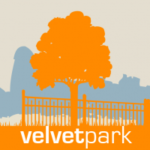 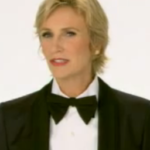 Jane Lynch to Host the Emmy’s