Following Black History month, is Women History month and on this occasion last night I came across a documentary on PBS about Sister Rosetta Tharpe.

Following Black History month, is Women History month and on this occasion last night I came across a documentary on PBS about Sister Rosetta Tharpe. She was a Gospel, Blues, Rock ‘n’ Roll originator whose career spanned 50 decades. Sister Rosetta lead an exciting life, far from being an unknown musician (as she is today) she was well known through out her life time, touring the country and Europe. Despite the segregation and overt racism of the 20th C. Rosetta was unstoppable traveling the country in a bus fashioned with beds so if hotels didn’t let her band stay they’d crash on the bus. Clearly the prototype of the Rock tour buss we know today. Rosette, despite growing up a good church girl, also fashioned a Rock ‘n’ Roll lifestyle having several marriages to men and affairs with women along the way.

Have you ever heard of Sister Rosetta? Probably not, but we all know Elvis, Buddy Holly, Eric Clapton, and all the rest of the white rockers with guitars that followed. All of them followed and listened to Tharpe. Her career began in the 30’s strechted through the war years, the beat years, and into the birth of Rock ‘n’ Roll. Yet here again is another example of how pivotal women have been written out of history. We all know Rock comes out of the churches in the south, but just how? Like this: 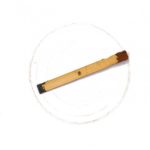 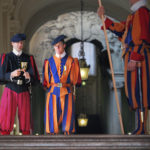 The Papal Conclave, Just Like When Michelangelo Was Alive