Earlier this summer Bianco, Sarah, and I took a spin through Chelsea to catch a batch of shows worth taking note of.

Earlier this summer Bianco, Sarah, and I took a spin through Chelsea to catch a batch of shows worth taking note of.

First, Alice Neel, who lived most of her life as an under-recognized impoverished New York painter and single mother of two (she had two other children one died in infancy and another committed suicide), at a time when ab-ex modernism ruled. At the age of 74 Neel was given a long over due retrospective at the Whitney Museum of American Art. Alice Neel is perhaps one of the best American Portrait painters of the last Century. She was as prolific as Picasso up until she passed away at the age of 84, I have yet to see a catalog of all her works. Last May the David Zwirner gallery showed several rooms full of finished and un-finished works by Neel.

The next gallery we walked into was Gladstone, where Bianco examined the cement to water ratio of the Indian sculptor, Anish Kapoor’s latest stalagmite turd-esque concrete formations. Kapoor is most well-known for Chicago’s “Bean“, which he had originally titled “Cloud Gate.”

And as with most gallery hopping, there are always a few surprises, such as Jan De Vliegher a 47 year old painter form Brussels showing a series of paintings of china in his first New York show. This was my personal fav. Sarah was wowed by the next artist we visited, sadly we all forgot the artist’s name and the gallery we had stumbled into. If anyone recognizes the work, holla. 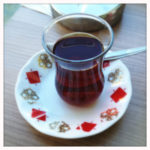 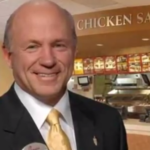