Los Angeles based artist, Suzanne Wright, has been exploring what lies inside (or beyond) cracks, crevices, tunnels and holes in colorful inventive ways throughout her career.

Wright’s current solo show, “Exiting the Death Star” on view at Commonwealth & Council (Los Angeles), takes us deep into the dark hole. Referencing “Star Wars” (The second trilogy circa 1977) when Luke Skywalker steers the Millennium Falcon out of the exploding Death Star, Wright’s vision is replete with disco balls and a rendering of a Mormon Church standing in for Darth Vader’s HQ. Mitt Romney Prop 8 say wha?

If you’re feeling a little nostalgic about all of this, then you’d of been a tween during the decade of “Dance Fever.” Holla.

But don’t take all this kitsch at face value, because Wright is also a product of the ActUp decade. And in between tongue and cheek, you’ll find sophisticated commentary on the female body, queer identity, and equality politics.

This American Life, The Secret Life of Terry Gross 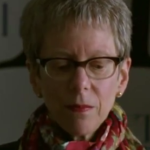 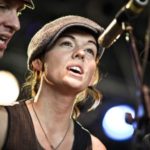