Exactly four years ago, I noticed some small prints at a salon on the Upper East Side, the last place I expected to encounter art so critically charged.

Two weeks later, I showed up at the salon for the artist’s talk. After hearing Wanda Ewing’s presentation, I introduced myself and we began a dialogue that resulted in a fantastic interview, and then extended well beyond it: in person when she visited New York, and via email when she was in Nebraska. My last email from her is dated late October 2013.

By complete chance once again, I learned of Wanda Ewing’s passing in March 2014 while buying tea with friends in Soho. Recognizing the name, I asked the barista if the shop had previously been an art salon uptown. He said yes, they moved and that Wanda Ewing was the first artist they had ever showed. He was the one who told me the terrible news, leaving me in suspended disbelief all afternoon. Later at home, an internet search confirmed it: Wanda Ewing had died unexpectedly at 43 years of age. On the early hours of December 8, 2013, from complications (blood clots) due to her last chemo treatment. The closing reception of her exhibition with Rebecca Herskovitz at the Council Bluffs gallery in Omaha had been the night before, hours earlier.

At the time of our interview in 2010, Wanda Ewing had recently been the first person of color to receive tenure at the University of Nebraska at Omaha, a city with a long history of racial tensions. An internationally exhibited artist who chose to return to her hometown and raise up the community that raised her, Ewing’s professional ambitions were inseparable from the success of the communities with whom she was involved. At UNO, Ewing was responsible for leading the art foundation courses—a structure of study required for all art majors at UNO. This alone points to the scope of her contribution: every single art student at UNO was taught by her.

“I’m Wanda Ewing—printmaker, painter, collage and multimedia artist and latch hook maven. I’ve been making provocative art with a political edge in my Midwestern hometown since 1999. And to do that, you have to be tenacious as hell.” Photograph by Dana Damewood.

An artist who didn’t conform to dominant expectations of race and gender anywhere, and especially in the art world, Ewing knew the importance of life experiences in her role as professor. When we met, she spoke openly about the difficulties of being the only person of color in a college classroom. We discussed teaching a great deal, since I had teaching goals of my own. Never bitter, Ewing spoke candidly through a determination that left me hopeful and empowered. Through my ongoing conversations with her, Ewing taught me that it’s not enough to think, but that we must think through our own forms of empowerment, as WHO WE ARE in the fullness of every facet. It’s how the subtle movements of a productive life leave countless ripples.

Ewing is not just an artist I admire, but someone I considered a friend, an intellectual companion, and a fellow artist/activist. She spoke openly about the dynamics of being a black woman with her critical point of view, the difficulties of being black and single over 40, as well as her struggles with the general state of how the mainstream art world systematically capitalizes on the excluded. Ewing was well aware that art is cultural work: a marketplace of unpaid, highly skilled laborers. So who is now responsible for her collection? What was she working on at what became the abrupt end of her career? Why did she choose to be silent about cancer? I had read that UNO had set up a scholarship in her name, so what is the criteria? How is the university involved in preserving her works?

I spent May, June, and July leaving several messages for journalists, the gallery owner who organized Wanda’s last show, and trying to get in touch with university staff. All of these efforts produced no results. The Department Chair of Art History at UNO did not answer my email inquiring about the criteria for the scholarship in Wanda’s name, and if the university is at all involved in preserving her legacy as a professor and artist. As it turns out, they are. The only person who responded to my investigative outreach was Ewing’s oldest sister, Mona, who I haven’t met, but who kindly answered my questions. Yes, the scholarship is real, yes there is serious interest in preserving her legacy, and out of respect, the university isn’t filling her position for one year.

It all sounded appropriately respectful, until Mona shared with me the details for the Wanda Ewing Memorial Scholarship, which will be awarded according to a criteria that “shall reflect the artistic and professional standards and ideals of Wanda Ewing.” I find it disturbing that Wanda Ewing’s ideals are not described, and that her professional standards aren’t specified. By omission, the cultural struggle that fueled Wanda’s work becomes buried in a systematic language of erasure.

We know that female artists are pushed to the margins, and women of color especially are sanctioned with extra obstacles, and if you are female, black, and nonconforming—the odds stack up to corner you. Wanda Ewing’s conditions for cultural engagement should be named. In fifty years’ time, when no one has had direct contact with Wanda Ewing at the university, how will her ideals and standards be interpreted, and subsequently, upheld?

On the fourth anniversary of Ewing’s last show in New York (August 2010), I’m publishing this piece not as a eulogy, but as an affirmation of her influence. As witness to the integrity of her work, and the tenacity of her process as a professional artist, educator, and a cultural producer with an immense capacity for engagement.

What follows is my brief interview with Mona about Wanda Ewing’s last works, her health, and the current status of her younger sister’s estate.

Patricia: What were Wanda’s last works to be shown in her lifetime?
Mona Ewing: Wanda’s last show was of her latch rugs. I think there were about ten of them. She didn’t attend the closing, she was not feeling well. She then died in the early hours of Sunday morning Dec 8th. Her show closed that Saturday night.

Patricia: What has happened to Wanda’s artwork? Who is managing her estate?
Mona Ewing: Right now her work is still in her home in Omaha. She kept her studio in the basement and that is were her work lives. Her last show was up for another week or two after she died. We asked people who had bought Wanda’s work in the past to donate their pieces to the show while we had her funeral and luncheon. It was really cool to see work I had not seen in years. She currently has some pieces at the Museum of Nebraska Art until the end of this month, they gave her a grant. My family and I are starting to work on dissolving her estate, including selling her work.

Patricia: The scholarship that was set up in her honor, does it have a focus? Does it favor female artists? Printmakers? Black students? Any specific qualification?
Mona: Interesting that you ask this question. My brother Clarence and younger sister Annette had a discussion about who should benefit from the scholarship because we didn’t really like the outline of the requirement set by the University.

Patricia: What were the requirements that you and your siblings found disagreeable?
Mona: What was upsetting to us, was that the scholarship is open to all, male, female and all races. We were hoping it could only be for young black females. But due to certain rules by the state for scholarships (for state schools) the scholarship has to be open to all who want to apply. Knowing what Wanda’s work was about—addressing being female and black—we want to continue supporting the legacy of her spirit.

Patricia: I also tried to reach out to UNO about the criteria, but no one responded.
Mona: The UNO Art Department has made a request to my family to purchase $25,000 worth of Wanda’s work. That money will go into the scholarship fund at the University. They intend to put her work up in the Art Department as well as around the University. They also are planning a dedication ceremony, but I have no details on that as of yet.

UNO just created a Community Engagement Center, and we have received a request to purchase pieces of Wanda’s work for the center. We are also gifting a few pieces to the Omaha Joslyn Art Museum for their Nebraska Artist collection.

Patricia: Why do you think Wanda kept her illness so private?
Mona: Part of it was that she was in shock. We had just buried our dad a year ago, on Father’s Day, from cancer. So this came out of left field for all of us. I also think it was a couple of other things: she didn’t want cancer to define her and to have that added to her name when being discussed, etc, as an artist: “Wanda Ewing, artist, cancer survivor.” And she also fought really hard mentally to want to get better, to be better. Wanda struggled with how her body was being changed by the cancer and the treatment. She had surgery at the end of September to remove her left lung after multiple rounds of chemo. As of Thanksgiving, she was given the “all-clear, but we still need to monitor you.” Chemo is a bitch. It killed her anyway.

Patricia: When was Wanda’s lung cancer diagnosed?
Mona: It was diagnosed in May/June 2013. She had what she thought was a bad cough that kept hanging on. Finally, my mom convinced her to see a doctor and get a scan. She was diagnosed with Stage 4 small-cell lung cancer, which is a lung cancer that middle-aged women can get.

Patricia: That is so much to process for the whole family in such a short period of time. It’s difficult to imagine Wanda not working. She once said to me that work is how she “dealt” with things. What was she working on in December?
Mona Ewing: She wasn’t working on anything new, except getting better and thinking about her next direction. 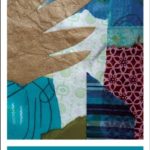 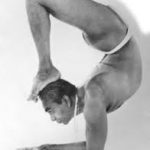