What happened to this dude, and like when did he loose his marbles?

What happened to this dude, and like when did he loose his marbles? Its being reported that Prince has officially stated that “the internet is over.” He will not be releasing his music through the interwebbies (iTunes and the like), and he is officially taking his website off line. You can buy his new CD in a cave in some unknown mountain top. FTW?

Prince’s new album, 20TEN will be released free in the UK only in the Daily Mirror this Saturday. His truly bizarre interview should be read at the Mirror.

A few tid bits as excerpted by Huffpo:

“The Internet’s completely over.”

“I don’t see why I should give my new music to iTunes or anyone else,” Prince explained. “They won’t pay me an advance for it and then they get angry when they can’t get it.”

“I really believe in finding new ways to distribute my music,” Prince said of his plan to offer his new album for free in the Mirror. 20TEN will not be available for download, and Prince has prohibited iTunes and YouTube from hosting his music. He’s also shuttering his website.

“The Internet’s like MTV,” Prince told the Mirror. “At one time, MTV was hip, and suddenly it became outdated.”

He added, “Anyway, all these computers and digital gadgets are no good. They just fill your head with numbers and that can’t be good for you.” 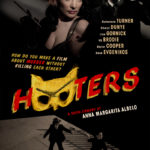