Home » The F*cking World According To Molly

If there is but one show you must get to at New York’s Fringe Festival, it is this one: The F*cking World According to Molly (“Equality” Dykeman).

If there is but one show you must get to at New York’s Fringe Festival, it is this one: The F*cking World According to Molly (“Equality” Dykeman).

Molly broke onto (or into) the scene just shy of a year ago at the Butch Voices New York Regional Conference fundraiser. She followed up her debut at Shelly Mars’ “Bulldyke Chronicles” where emerging talents hone their craft. And now, The Fringe. That is what you call a rocket propelled career, my friends. So mark my words, get in on this action now, before she’s playing the Garden and tickets will be out of your lesbian budget.

The New York International Fringe Festival is, according to their site: the largest interdisciplinary-arts festival in the United States boasting 200 theater companies from all over the world performing in venues throughout the City. The Festival has been running for almost 15 years and uses a jury process to select from hundreds of applicants. So I’m telling you Molly, she’s the real deal…

The legendary night-life writer Michael Musto has so far declared, “The show? A fucking riot!!!” There’s only a week left of the Fringe, and just a few more shows for Molly, so don’t wait till the last minute, because there may not be one. 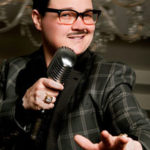 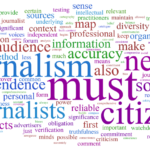 Lesbian Media: Voices on The Vanguard