Hard to believe another year has come and gone and we are upon the 3rd annual Gay Ole Opry.

Hard to believe another year has come and gone and we are upon the 3rd annual Gay Ole Opry. Contrary to popular belief, Country Music is not entirely the provenance of Red States, deep in the blue-hood of Brooklyn there is a burgeoning country music scene like you’ve never seen. It’s a hands down, arms in the air, booty shaking, boot stomping, gaaaay country music festival.

Co-producers Karen Pittelman (front woman of Karen & the Sorrows) and Riot Grrrl Ink never imaged that their passion for country music would not only take root but grow in Brooklyn. “When I started playing country, I had to think about what it means to love a culture that doesn’t always love you back,” said Karen Pittelman, “I wondered if there were other people out there who grew up on this sound, but didn’t always feel comfortable in the spaces it was played.”

Well, turns out there are.

And if that’s not enough, festivities will include a bake sale for the Sylvia Rivera Law Project and an all-Dolly-Parton raffle.

Half the Sky, One Whole Heart 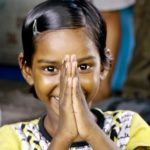 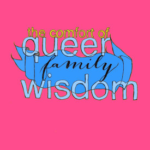