Newsflash, lesbians across the interwebs annoyed at #TheRealLWord. Here’s the recap:

Newsflash, lesbians across the interwebs annoyed at #TheRealLWord. Here’s the recap:

1) The ladies of autostraddle penned a “you f*cked us over” to Showtime/Ilene last week, when their web credit was unceremoniously wiped out of the Seasons’ premiere.

According to their blog; despite promises of a plug for allowing the Real L Word crew to shoot their “Calendar Girls” photo shoot of cast member Francine (who had been scheduled to be a CG prior to her TRLW gig) there was no plug, no credit, no mention of nada. Nothing like a warm bowl of suck ass.

Question: Why piss off the youngest tier of your market?

2) Earlier that week there was an interview with L Word/Real L Word creator-producer-writer-director-Ilene-Chaiken, on afterellen, in which Chaiken had a few curious things to say, one of them being:

Newsflash flash: The community that exisits outside of WeHo.

3) On the subject of AfterEllen, AE’s managing editor, Trish Bendix, posted a little op-ed on the Frisky, saying:

“The Real L Word” is equal parts horrific and boring and that’s because it’s a show with no real premise.

…premium cable channel Showtime decided that the “realness” it should be showing on “The Real L Word” had to do with the amount of lesbian bodies and sex acts it could show.

Good question. I also wonder why Bendix printed this on the Frisky and not AE?

4) Perhaps feeling the heat, Chaiken and Magic Elf, Jane Lipsitz, fielded a few questions from The Hollywood Reporter on how “non-porny” TRLW is:

THR: Season 2 is much more sexual. Were you given any specific marching orders from Showtime’s new chief David Nevins to sex up the series?
Lipsitz: No, not necessarily to sex up the series. The marching orders were really to make a docusoap, make a series that can’t appear anywhere else that’s unique to Showtime… they can swear, they can have sex. There’s a story line about drugs and alcohol.
Chaiken: To me it’s not because they’re lesbians that we’re watching them have sex; it’s because it’s part of the story. In pursing this as a premise you’re always walking a line but I love telling stories about sex. I don’t think sex is dirty, I think it’s intriguing and illuminating.

THR: Do either of you worry about alienating the audience?
Chaiken: I don’t want to alienate the audience. I’d never set out to do that and I’d never say that I don’t give a damn about the audience … I believe part of the excitement and reward of making television is taking people places that they haven’t been before. I’m willing to take the risk.
Lipsitz: … Our intent is not to exploit the sexual art and sexual opportunity. That is has not been our intention nor will it ever be. 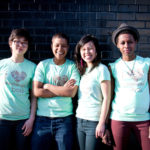 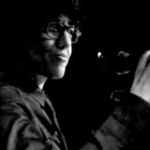