Home » The Science of Yoga and the Art of Sanity

So you remember that guy who got the (Hatha) Yoga world into a snit for penning “How Yoga Can Wreck Your Body” for the New York Times? Well, if you missed the fine print at the bottom of that article, it was an excerpt out of William Broad’s recently published book, The Science of Yoga, which, as the title proclaims, extols the virtues of the practice from a science perspective. Broad, as it turns out, has been a Prize-winning science writer for The New York Times for years.

I haven’t yet read the book, but after listening to a couple of interviews with him my interest piqued, to say the least. Let me just stop here for a moment and say that the term “yoga” is being used here to describe the physical practice known as Hatha Yoga. The practices of Yoga as it emerged in India 1000s of years ago is a philosophical, theological, and somewhat religious tradition that encompass many kinds of practices and observances including Hatha.

According to Broad, the history of Hatha Yoga is shrouded in mysticism, eroticism, and philosophical texts that are way more obtuse than the current brand of Lululemon style-stuff going on in chic urban yoga studios would lead you to believe. The exponential growth of these yoga/s around the world since the 1970s has turned at least the practice of Hatha into a multi-billion dollar industry. In Broads words, the “modern yoga industrial complex.” Has a sinister ring to it, don’t ya think?

Broad compiled the results from clinical research (with some of those research dollars coming from the Government) and poured over traditional yogic text for his book. The bottom line, from what I gather, Broad who himself has practiced Hatha Yoga since 1970, seems to argue these points:

And it’s to this last point that his Times article caused such an uproar. Broad maintains that bad teachers and bad technique can screw you up. However, he says it’s not all bad out there and promotes well trained teachers, citing the Iyengar Institute, which not surprisingly is one of the oldest schools of modern Hatha Yoga, whose founder created postures and props designed for Western bodies. (Western bodies being ones that sit in chairs and cars—you can’t imagine how flexible you’d be had you grown up sitting on the floor.)

I’m not sure if this is the first book to get into the science of yoga, but it seems to be the most comprehensive one published to date. And while the research on yoga continues, and the industrial complex will no doubt continue to expand in spite of controversies and lawsuits, the interest in and practice of yoga seems to pervade all corners of our culture. Who knew both the New York Giants and the Knicks have a team yoga instructor? 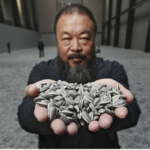 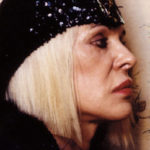